The first time I saw Laxmi, I forgot my manners and stared a few seconds too long. If I had just one word to describe my first impression of her, it would be 'peculiar'. Odd choice of adjective for the woman who was our cook.

It was the summer of 2004, and D and I had just moved to Bangalore from Kolkata. We'd unpacked ourselves into a sunny little apartment in leafy Defence Colony, and dived into busy new jobs. Then, one Sunday morning, Laxmi knocked on our door.

She was a small, frail woman, who could've been of any age; anything between 25 and 45. I still haven't a clue, and according to her, neither did she. Her face was like a collage, arranged in a hurry. An assortment of borrowed features, all fighting to have their say, much like a Cubist painting. Large, intense eyes sat on bitter-chocolate skin, the dark brown pupils obstinately meeting each other in the centre.

Her eyes were shy, but very busy. They flitted across my face, then to the far corner of the room, out of the window, to the neighbour's, then somewhere far away, and back again. I had the feeling that she had talked her arms and legs into being still for the sake of our first meeting. And had ordered her mouth into monosyllables. The only thing she couldn't quieten were her eyes. And her laugh. It was a sudden burst of sound, high-pitched and ill-timed. It came without warning, or much reason, and for a few minutes, it rearranged her eyes, nose and mouth into a slightly different collage. Another odd jumble.

I think it was Laxmi's laugh that startled me into giving her the job. On that Sunday morning, this little woman, who looked too frail to lift a frying pan, became my cook.

I soon found out that she was anything but frail, and had a personality to match. She was like the food she cooked - fiery and eccentric. Sometimes that meant coming back home to noodles that had been tortured with cumin and coriander powder and dollops of ketchup.  But when she managed to curb her need to experiment, the table would be laden with beautiful, aromatic food - lentils with curry leaves, vegetables with freshly grated coconut, a Kerala biryani, or a spicy fish curry.

But I don't remember Laxmi for the food she cooked. Her quirks were even more endearing than her cooking. I remember her big, unrestrained smiles. Her constant state of motion. The inexplicable sulks. I remember the stories she told of her family, and her feuds. A sudden, awkward hug from her thin, gangly arms. The way she cared for us so fiercely.  I remember her startling laugh. And then, her short, stoic goodbye.

We were in Bangalore for just a year. Not long at all. But long enough for my idiocyncratic cook to have stayed with me.

This was one of Laxmi's simplest dishes. Cabbage stir-fried with cumin and coriander leaves. It's delicious, and one of the few dishes that I haven't tried 'adapting'. It's the quickest thing to toss up, and can be served up as a warm salad, as a side with grilled chicken, or with Indian flat breads like chapati. 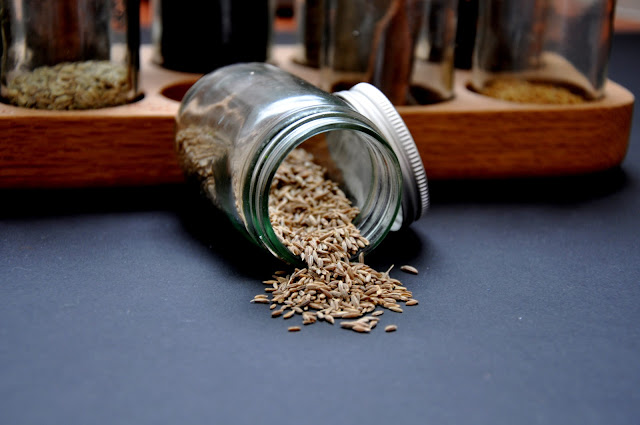 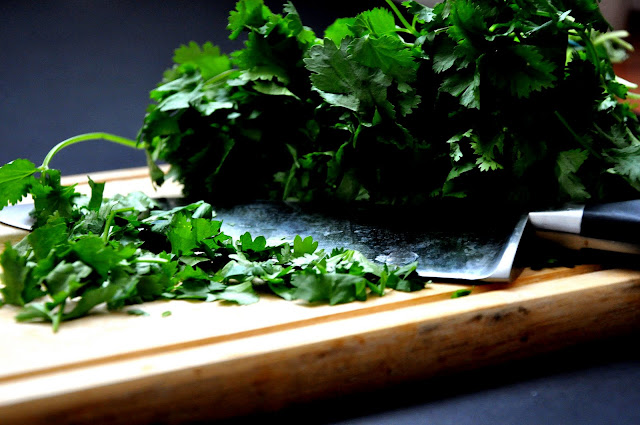 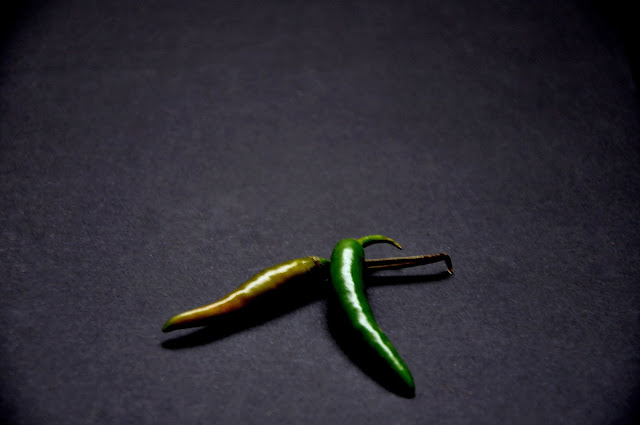 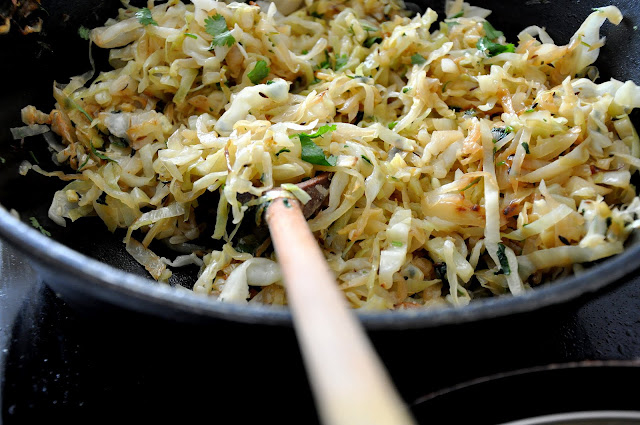 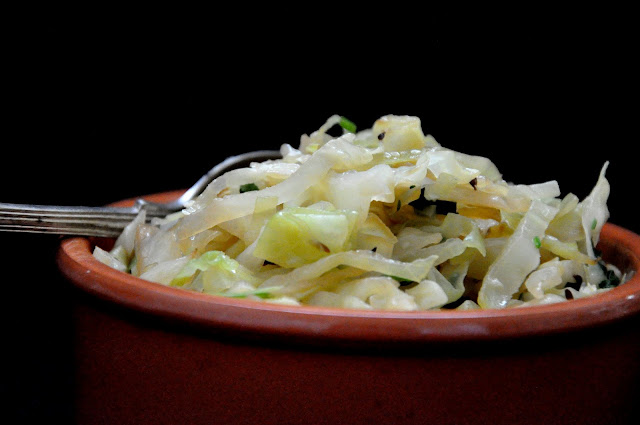