Oh! I do like to be beside the seaside

Where the brass bands play

While you're singing that, go grab a bucket and spade. We're going to the beach. You really have no choice. The sun's out, so beach you must. (I know, I completely verbed my noun there. And some day, I'll tell you why that doesn't bother me.)

So here's Chotto-ma at the railway station, with some goslings who we assumed were waiting for the fast train to visit cousins up north. 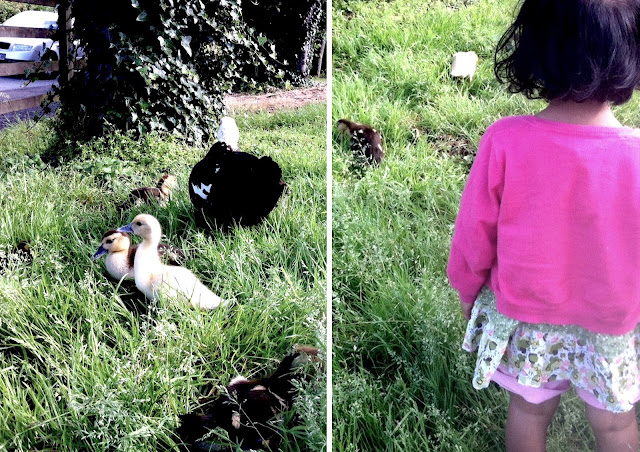 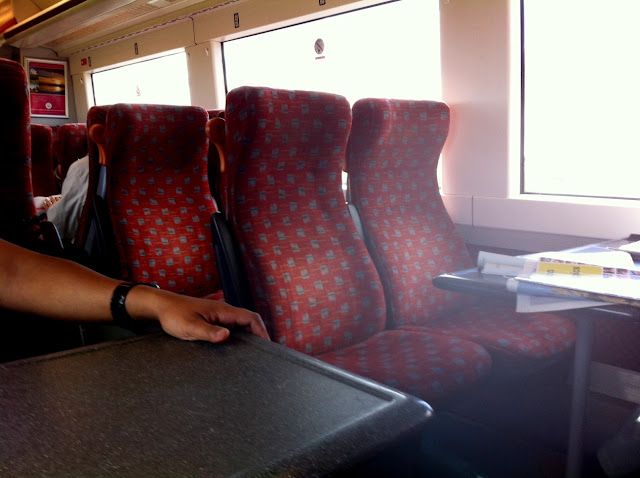 And here we are, an hour-and-a-bit later, at the beach. And that's all I'm going to say about it, really. I'll leave you to feel the sand between your toes, and hear the seagulls squawk, and smell the fish and chips. 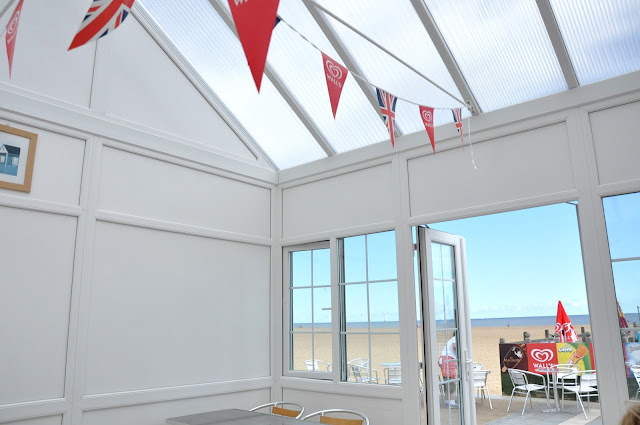 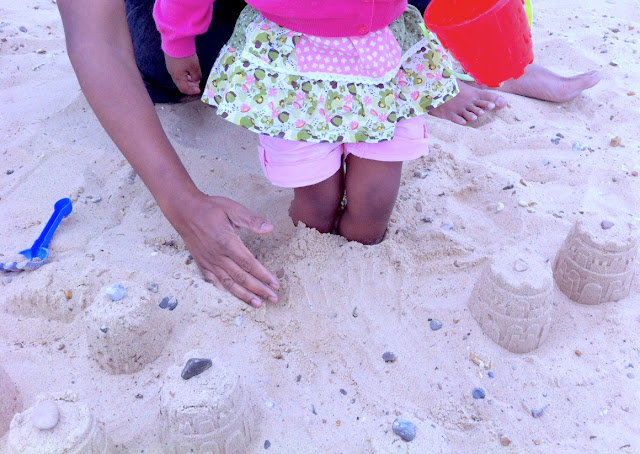 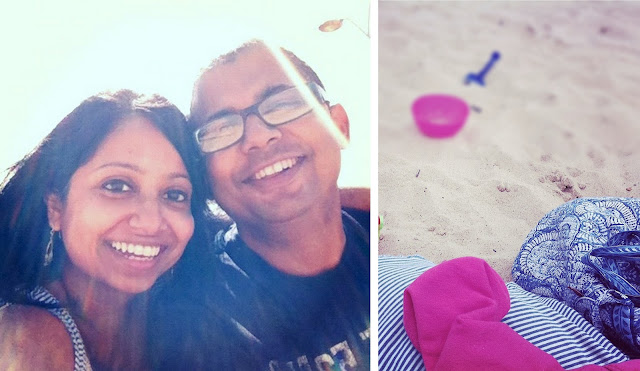 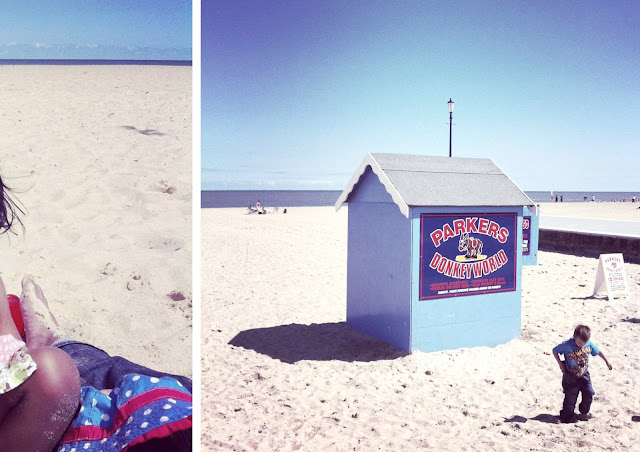 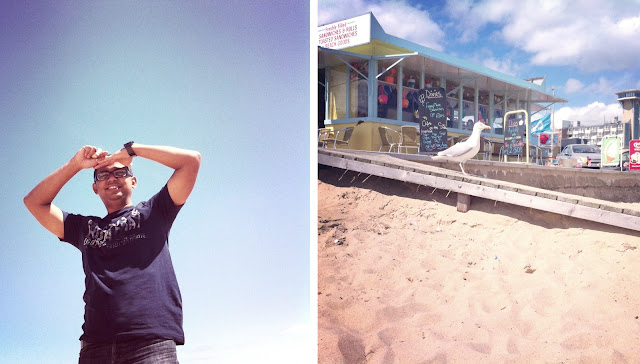 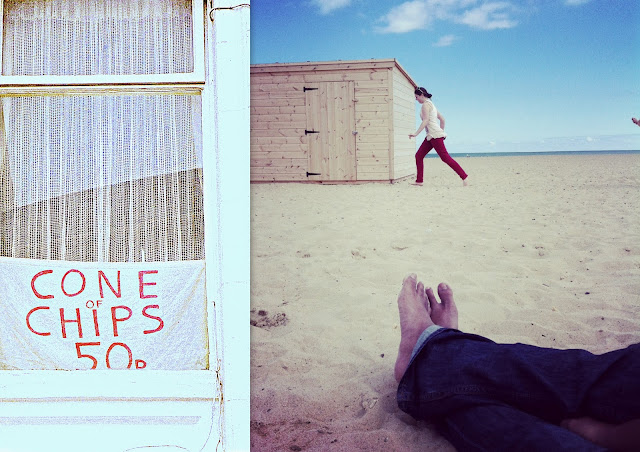 And while we sat with our fish-and-chips, we talked about what we usually talk about. Other food. We do that a lot, D and I. We talk about what we're not eating, when we're eating something which isn't as good as it could be. We talk about the could-haves. We also talk about food while walking hand-in-hand under the stars - but that just makes us gluttons, so we won't go there.

Anyway, so there we were, eating fried fish and fried potato, and imagining the very British beach filled with Indian street stalls selling fried Indian food. Alu-r Chop (fried potato cakes), Beguni (batter-dipped fried aubergine), Shingara (samosas, but not the flat trianlgles you find here; these are triangles that have fat bottoms to sit on). And Nimki (the gorgeous things you will see below)


I made Nimki today. Suddenly, and on a whim. Just before tea-time. That's how it is with Nimki - fried without a plan. And served with a cup of tea, in Kolkata. Very far from the prom-prom-prom were Dickens strolled. 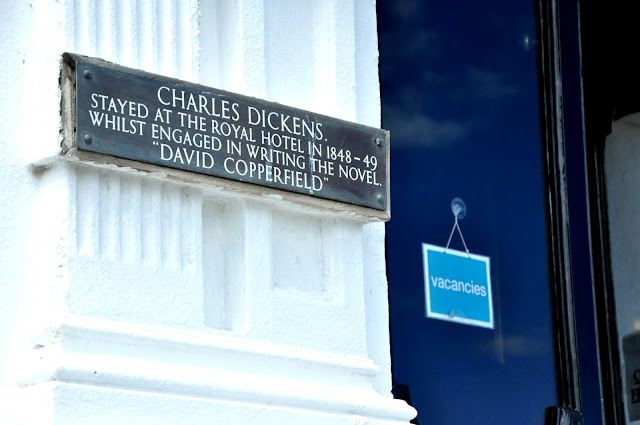 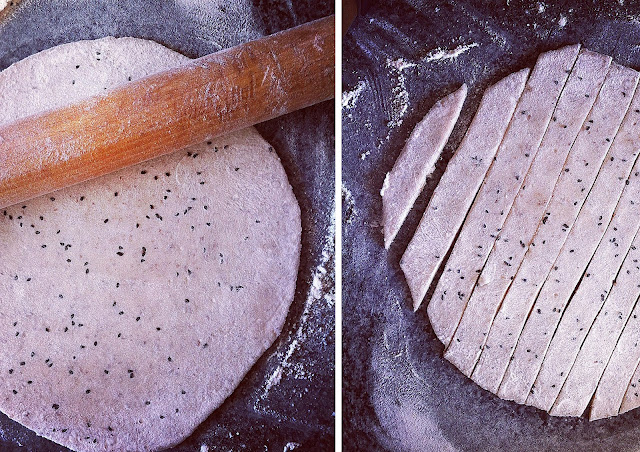 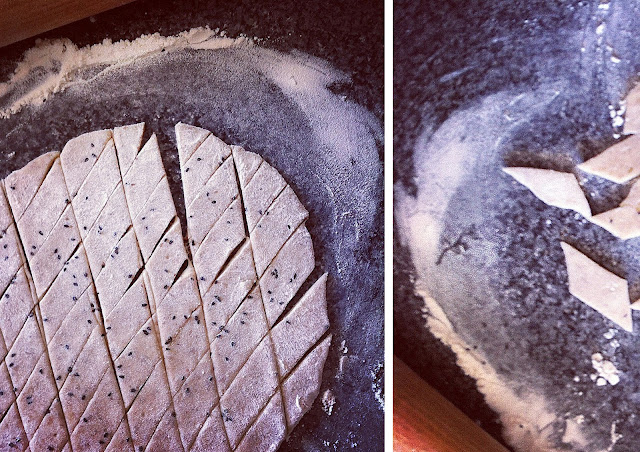 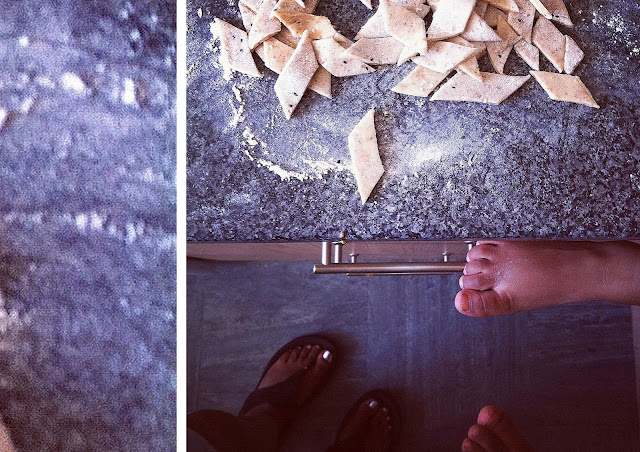 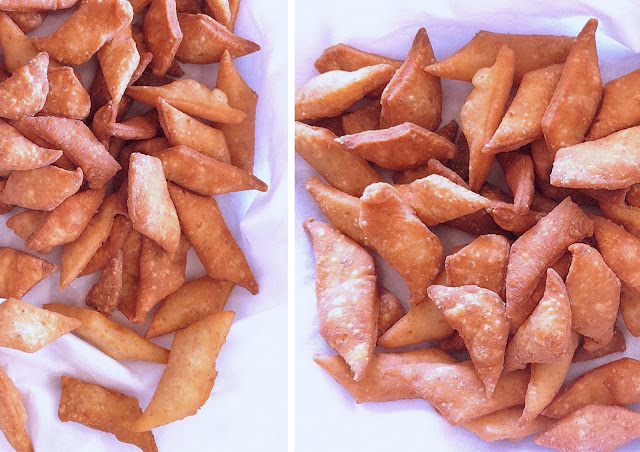 Take the flour in a large, round bowl. Sprinkle in the kalo jeere, sugar, salt and oil. Get your hands in, and mix well till the flour starts looking like crumbs. Add water, a little at a time, and knead it into a tight dough. Knead for another 2-3 minutes (It's good for the dough, and relaxing too.)
Divide the dough into 4 balls. Using a rolling pin, roll out the balls to circles. Now, the circles should not be too thin, nor too thick. About the thickness of the average dinner plate, if that helps.
Now, take a sharp knife and do what you see me do in the photographs - cut criss-cross lines to make doughy diamonds.
Heat oil in wok/pan.
Add the Nimki to the oil and fry them on low heat.
Your Nimki is done when they're golden brown in colour. Fish them out of the oil, and drain on a paper towel.
Make yourself a cup of tea.

Hungry for a far-off place 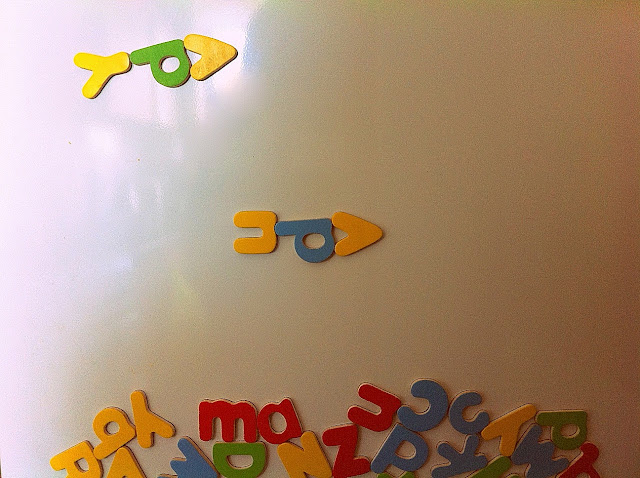 I thought I might as well make a series of it - these 'alphabet art' that she keeps filling up the fridge door with. Here are a couple of planes flying over the clouds.
Sometimes, her art sums up the thoughtbubbles floating in our house. We're all hungry for a far-off place.