Ginseng Tea by the Window

I'm in a cafe in
Cambridge. I'm on a
road in India,
curving around
Coonoor,
back in a car
with Ma and Baba,
my brother
and everything is green,
green.

I take another
sip, another,
and mountain walls well up.
Deep green, like thoughts.
A mossy wall of thoughts
left behind
by weary travellers,
happy travellers, travellers
throwing up from bus-windows
at hairpin bends,
sleepy travellers, heads
nodding down down,
jerking up.

Those thoughts, here
in my cup of hot water
and Ginseng flower. Tepid
now, but brewing great distances. 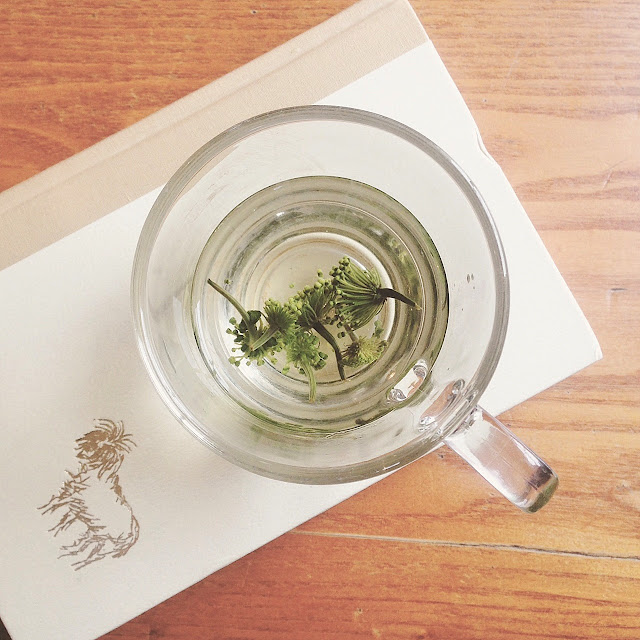 I don't know where that came from today; I haven't written in verse in years. I'll leave that with you as we pack our bags to go were the cicadas sing. To a little village in Provence. We've always wanted to do a road-trip in the south of France, without a map, without an itinerary. And here it is now.

I hope my tea took you somewhere too.

Email ThisBlogThis!Share to TwitterShare to FacebookShare to Pinterest
Labels: poetry

“Now look who’s being a bad Hindu!” my colleague chortles. He’s white, British, in his early seventies. He’s lovely. He’s also from a generation that often feels a kinship to India (and, in this case, to me as an extension); with a father or a grandfather who served in the British Indian Army, an older sister who was born in India before the family was shipped back to England. Leaving the life they had settled into like well-worn mojris, leaving the mango trees, the sun-soaked porches with red chillies drying on yards of muslin, the brown-skinned servants hovering with trays of tea.

I’m confused. Bad Hindu, what are you talking about? My brows furrow, I smile. I like his glee at having ‘caught me’; I don’t know at what. I’m curious about my crime.
He points to my lunch. “You’re eating lamb, you naughty girl! Not very vegetarian, is it?”
Ah! My smile turns into a laugh. We swap roles. He’s the confused one now.
“Haven’t you heard: what you know to be true of India, is also not true of India?” I say. I take another bite of my lamb chop. I’m enjoying this.
“So you’re not vegetarian?”
“Nah.”
“But you're a Hindu.”
“The last time I checked,” I nod. 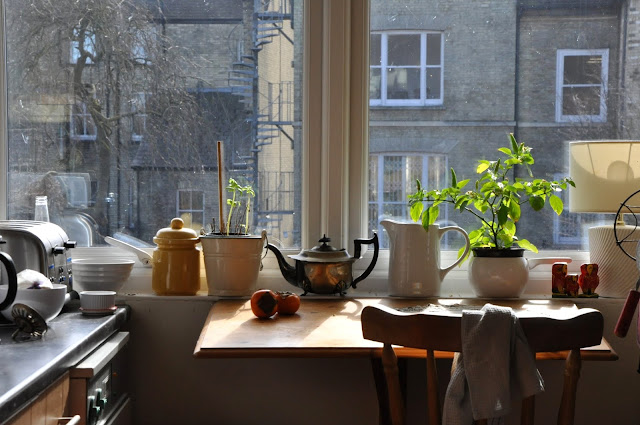 I can’t blame him for thinking I’d lost my religion over lunch. I know most in his place would think the same. I went to a dumpling restaurant with my husband and daughter recently where the Chinese waiter, without being asked, informed us that they didn’t do vegetarian dumplings. “Only phork, chickin!” he said, withholding the menu, expecting us to leave. On a different day, an order for a slice of quiche at a cafe was met with, “Just so you know…that has ham in it.” We’ve also grown accustomed to our European friends being taken aback by our non-vegetarian table at home.

I open Google Maps on my phone and zoom into the subcontinent. I point to parts where meat-eating Hindus roam free. Punjab, Rajasthan, Delhi in the north. Bengal in the east; where I come from. The beautiful, undulating states of the north-east. Kerala in the south. Goa in the west. Bits in between.

Christians pray for their daily bread, the Bengali Hindus pray for their daily fish and weekly mutton, I tell him. Meat is a part of religious festivals like Kali Puja. Choosing a vegetarian dish from a restaurant menu (which I often do) would bring clucks of concern from my Bengali friends and family back in Kolkata. Am I ill? Is it cholesterol (a fond topic)? Have I been warned by a doctor with dire consequences?

Vegetarianism here is a reminder of austerity. Meals for the ailing. Meals of the mourning. There are still parts and pockets of India where Hindu widows, young or old, are expected to turn vegetarian to honour the husband who has passed away. The more unspoken reason, of course, is that non-vegetarian food would fire their blood with wild aphrodisiacs, and turn them into wanton widows. And that would never do!

And so my colleague sits, listening to me, reconfiguring in his mind an -ism from a country of confusions, and no doubt, silently reconfiguring me. He holds out a little paper bag. “Try some of this sausage roll, it’s fantastic,” he says with a wry grin. I take a bite. It’s good.

“Speaking of sausage,” he says “isn’t this what got the bloody British into all the trouble they deserved?” He bashes the British as regularly as he wears his pale, British skin.
“You mean the Sepoy Mutiny?” I ask.
“Yes, yes. Pandey and the pork fat. Served us right, messing with the Motherland!”
He loves that word. He never says India. Always Motherland.
“Pia,” he hollered, the day after the Elections in India. “Come, sit. Let’s talk about Modi and the Motherland!”

Sometimes, I don’t know who’s more Indian. I love our conversations. This camaraderie hinging on one country, seen from different points in time. His from a colonial time-warp; mine more current, but often dipped in a nostalgia that makes me short-sighted. Both versions a little removed from the truth.
“Pandey and the pork fat, yes.” I can’t help grinning. We’re in 1857 like it was yesterday. I clear my lunch leftovers into the bin. “Some mess, that.”