Into my bones - (Marrakech & beyond, Part I)

We returned from Morocco days ago, but while we were there, the sun seeped into my bones and made me slow to return to daily things.  It felt good to be away from routine, packed lunches, and the internet. I need this - to be on my metaphorical island - with just D and Chotto-ma every once in a while. To cut-off of from everything, focus on nothing. Morocco, or Maroc, could be a metaphor for many things. 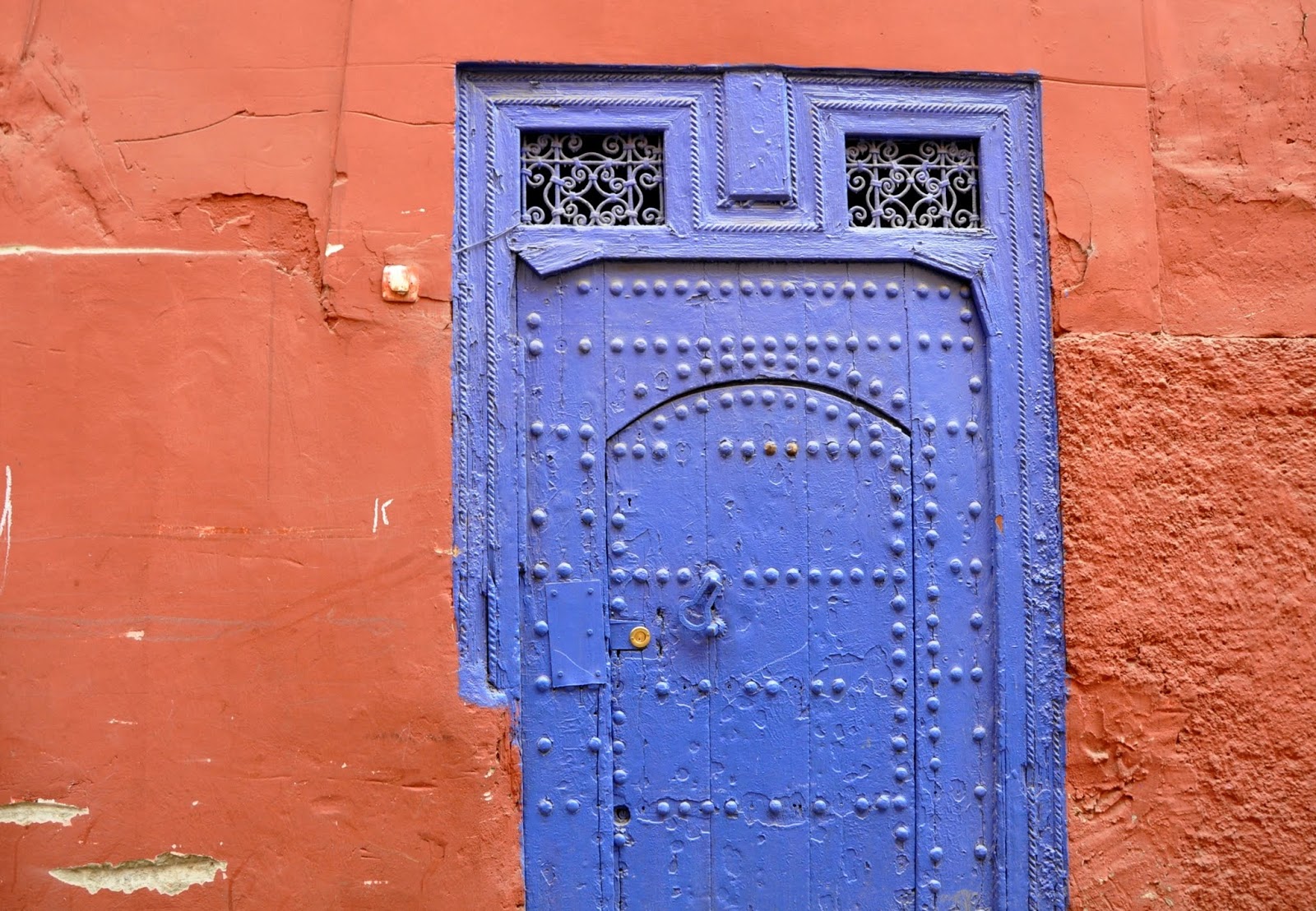 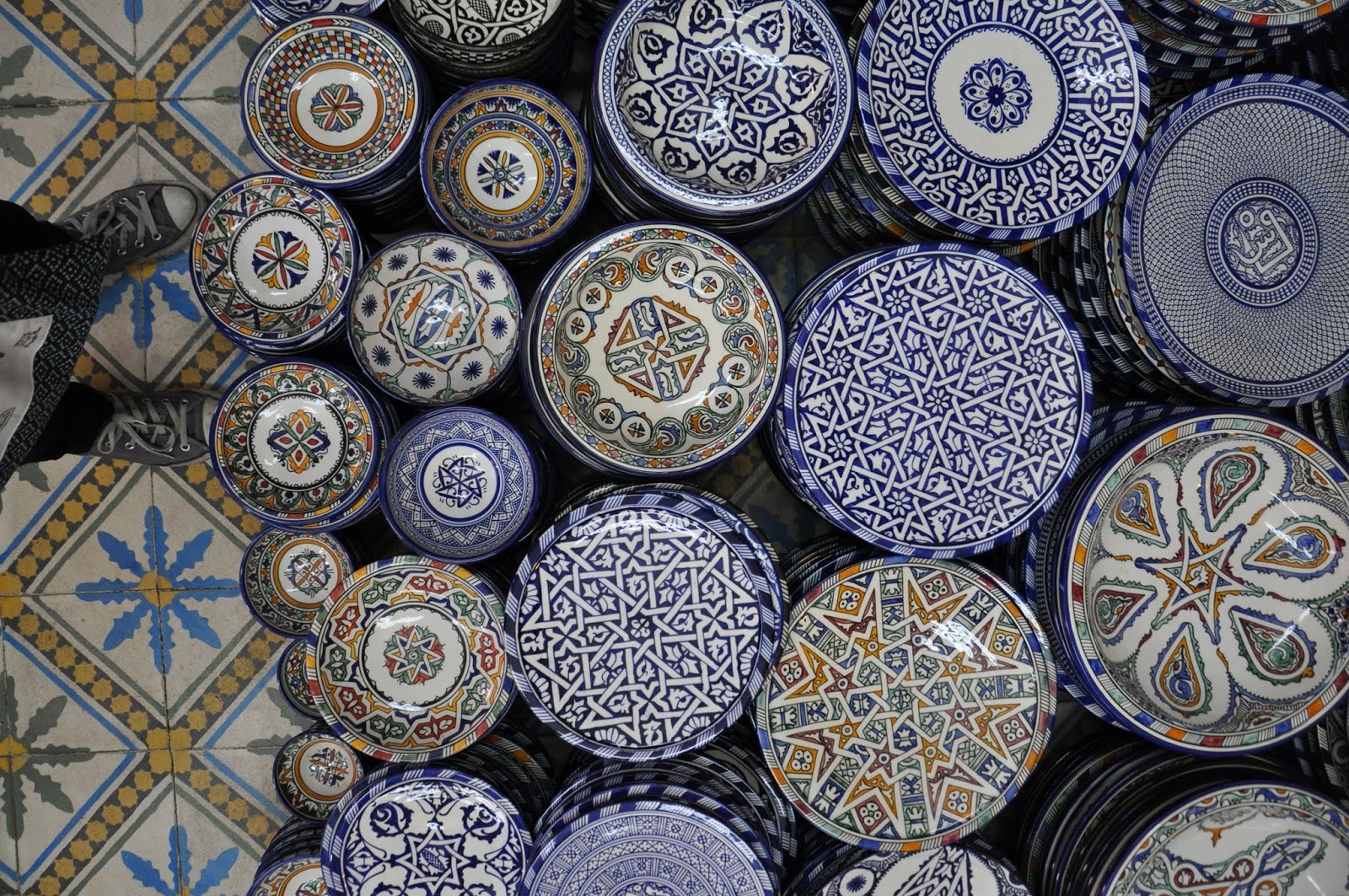 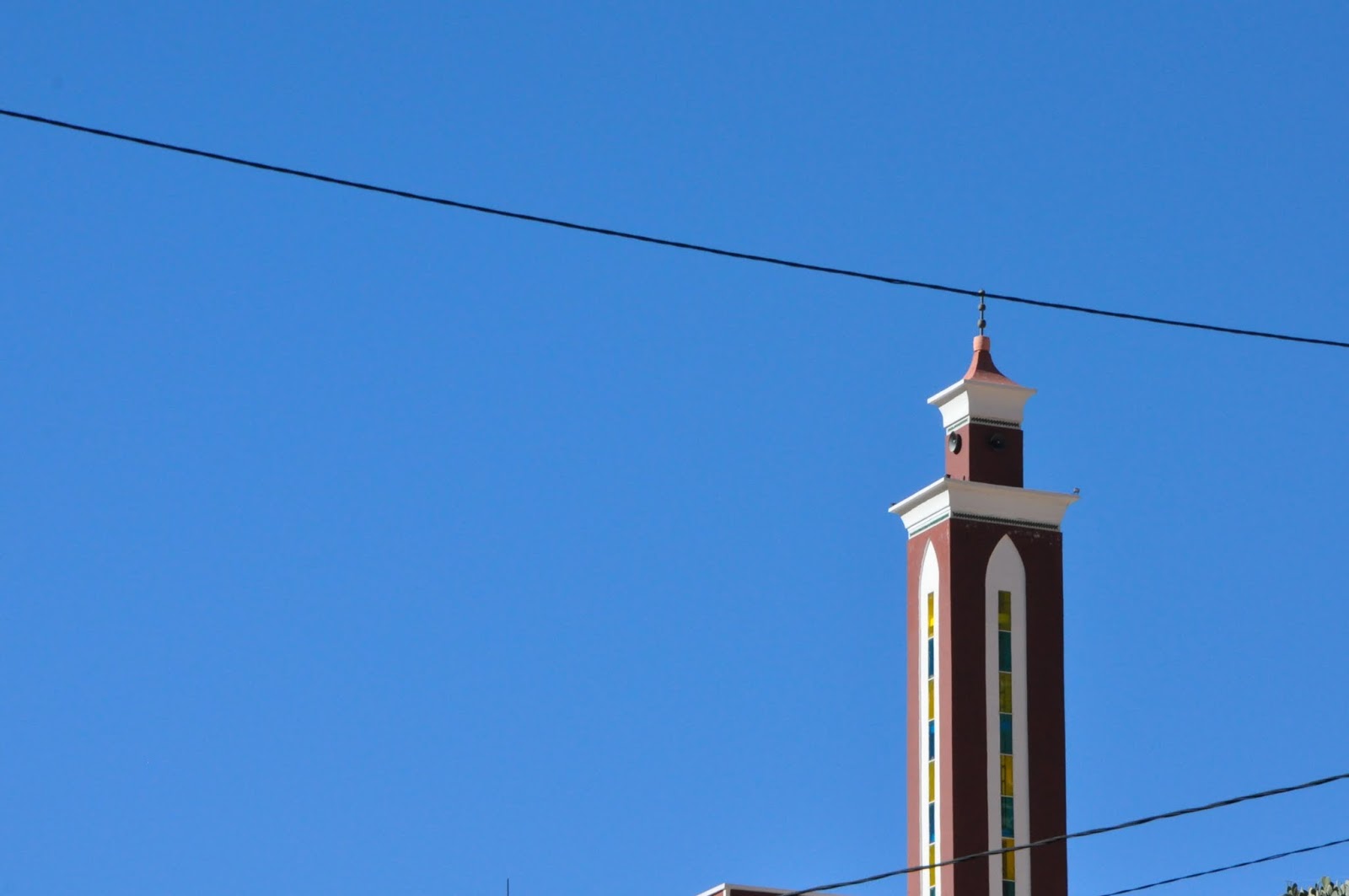 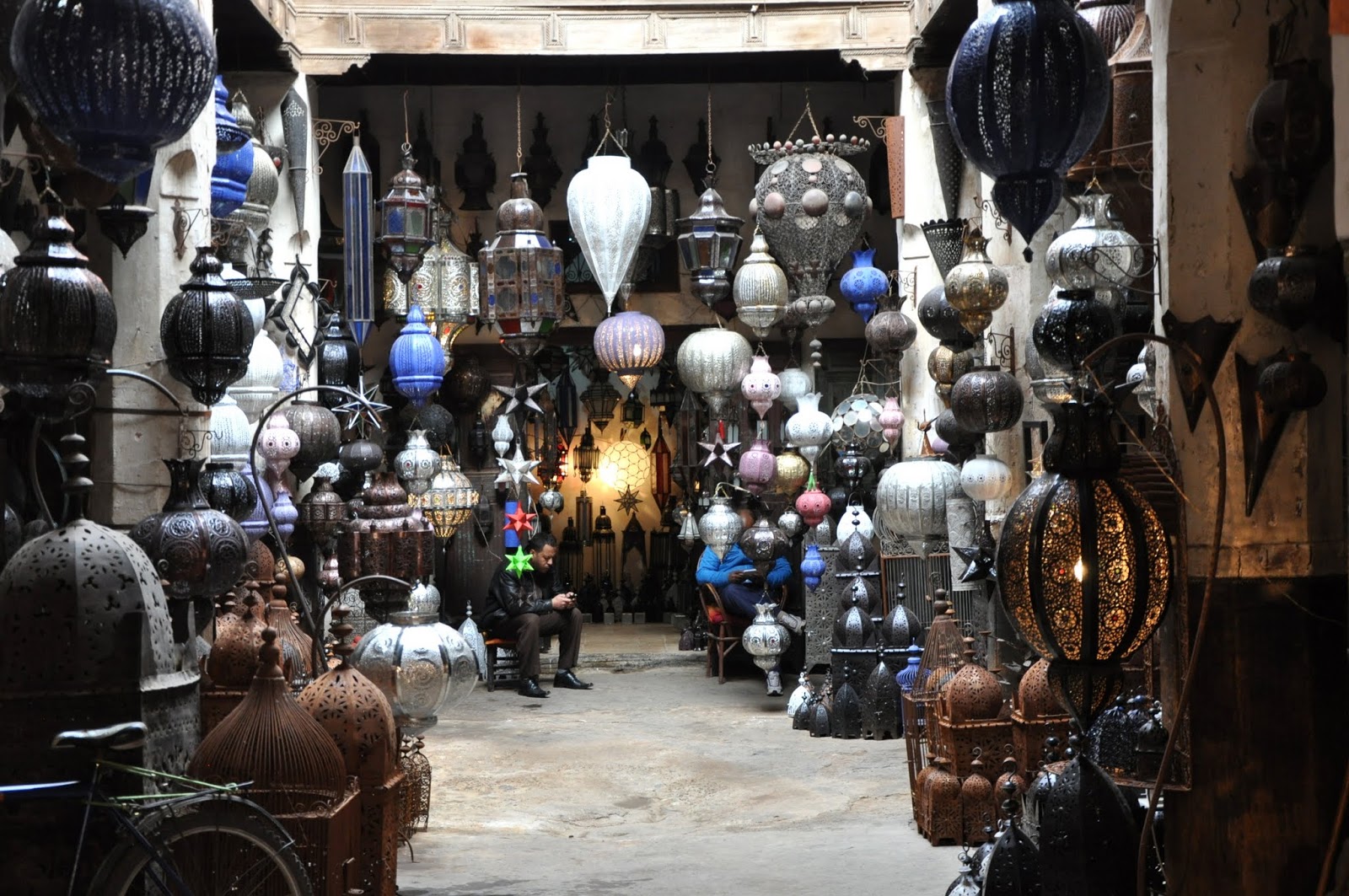 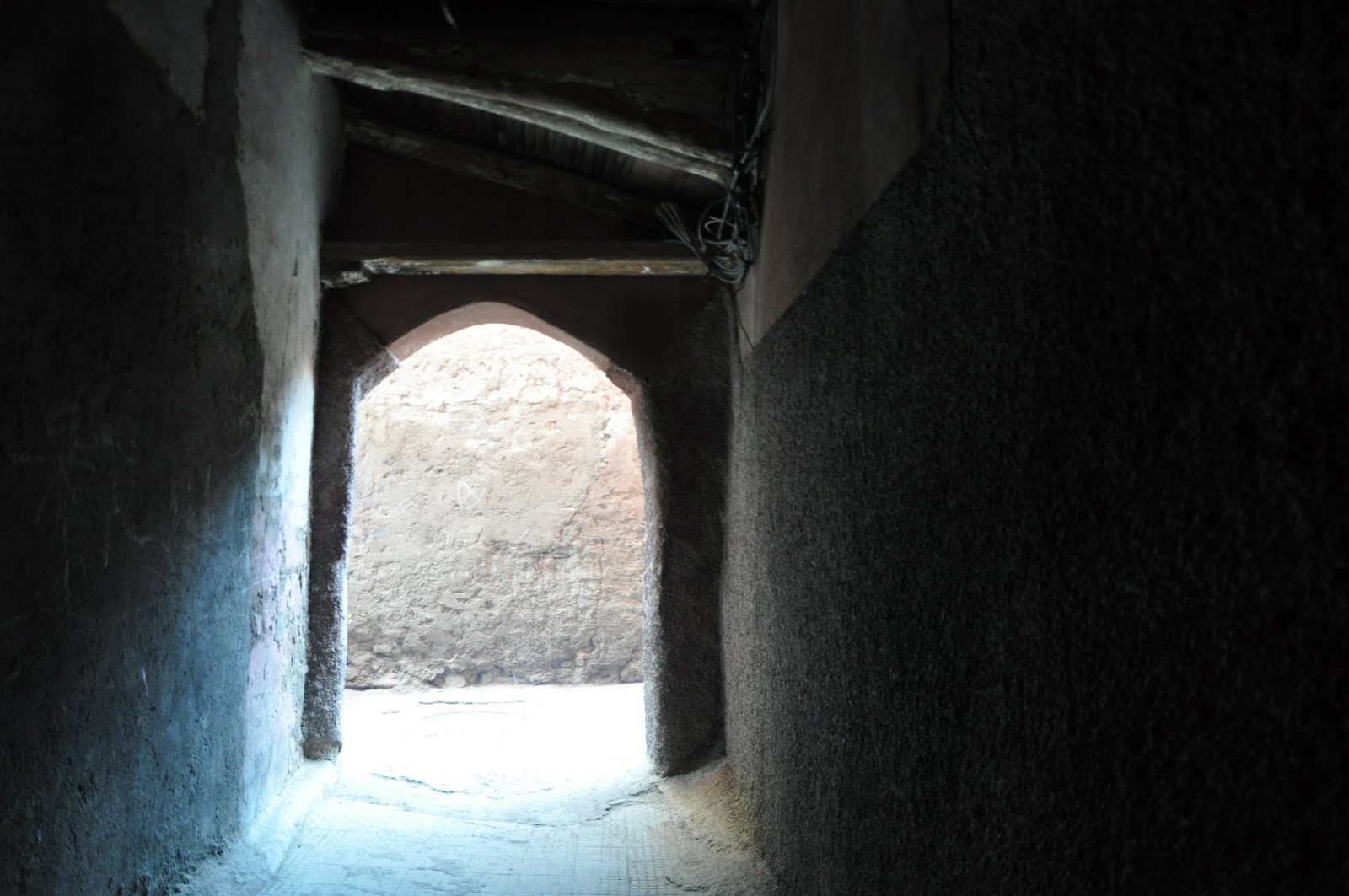 I wanted to give D a surprise for his birthday, so Chotto-ma and I crept around our crafty piece of planning for weeks. Choosing the place, booking tickets, looking for a place to stay, and impossibly, keeping mum. Finally, we had Morocco.

Of all the gin joints in the world, I had to choose the one that would be saddest to leave. 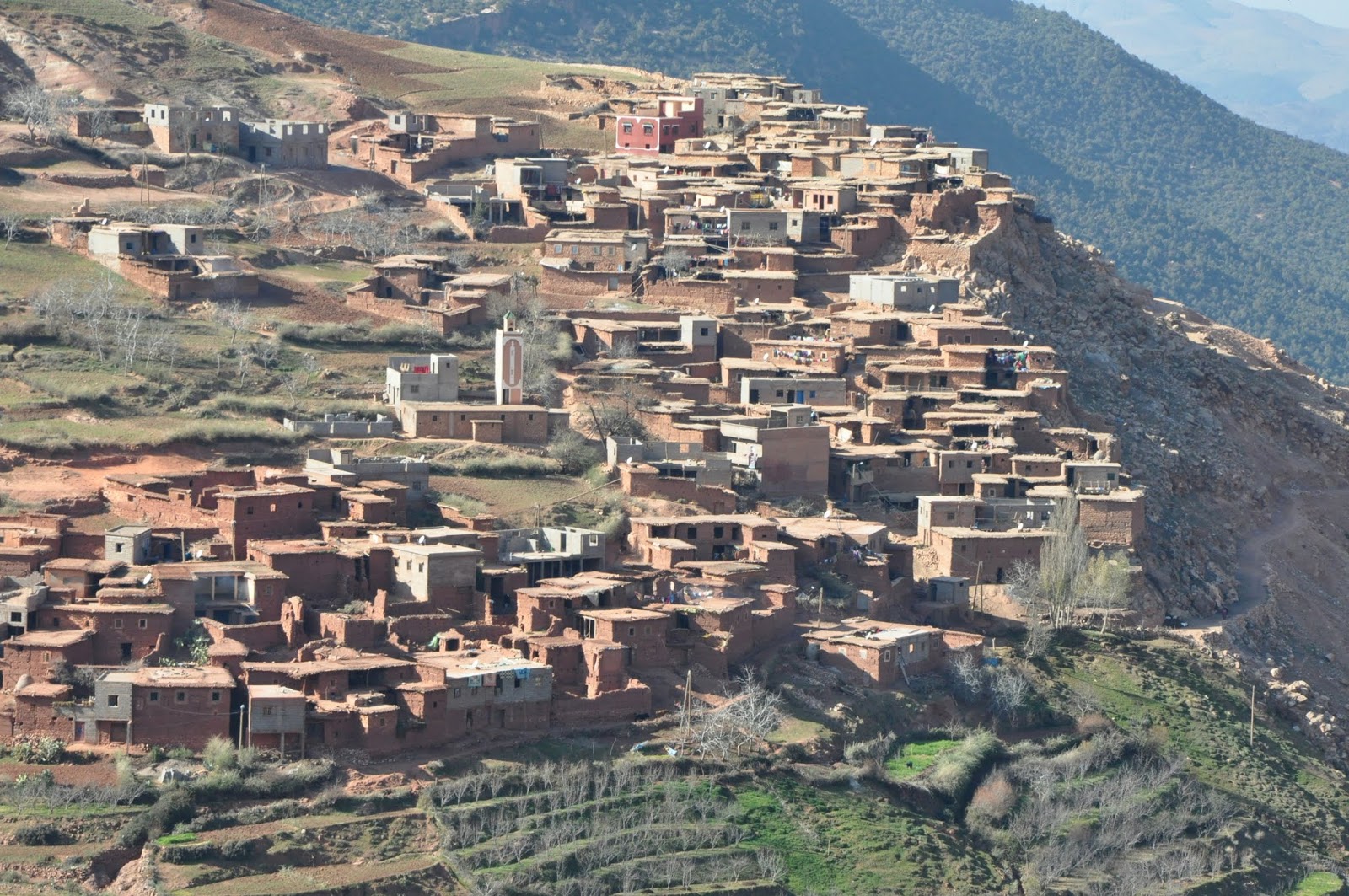 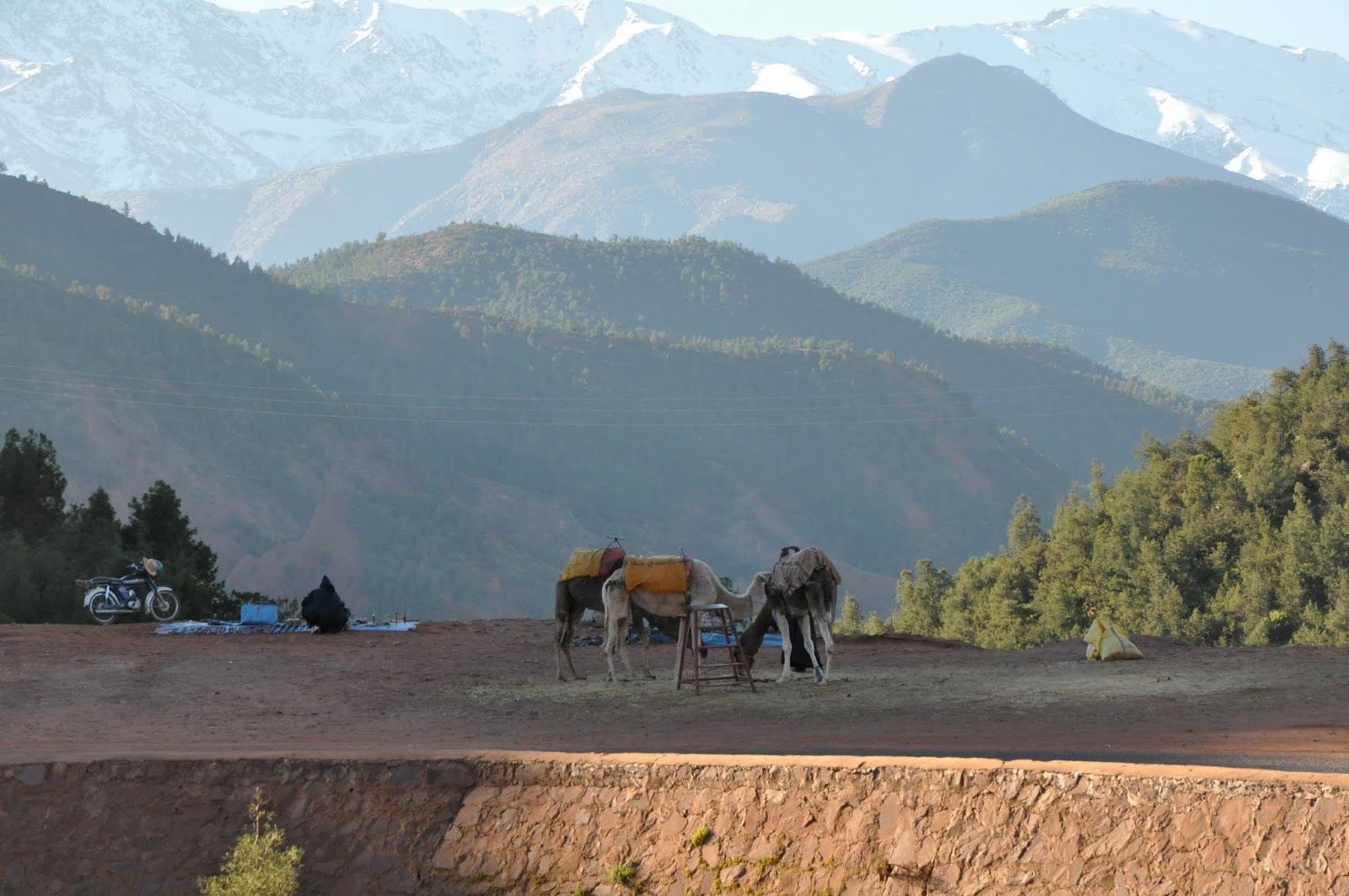 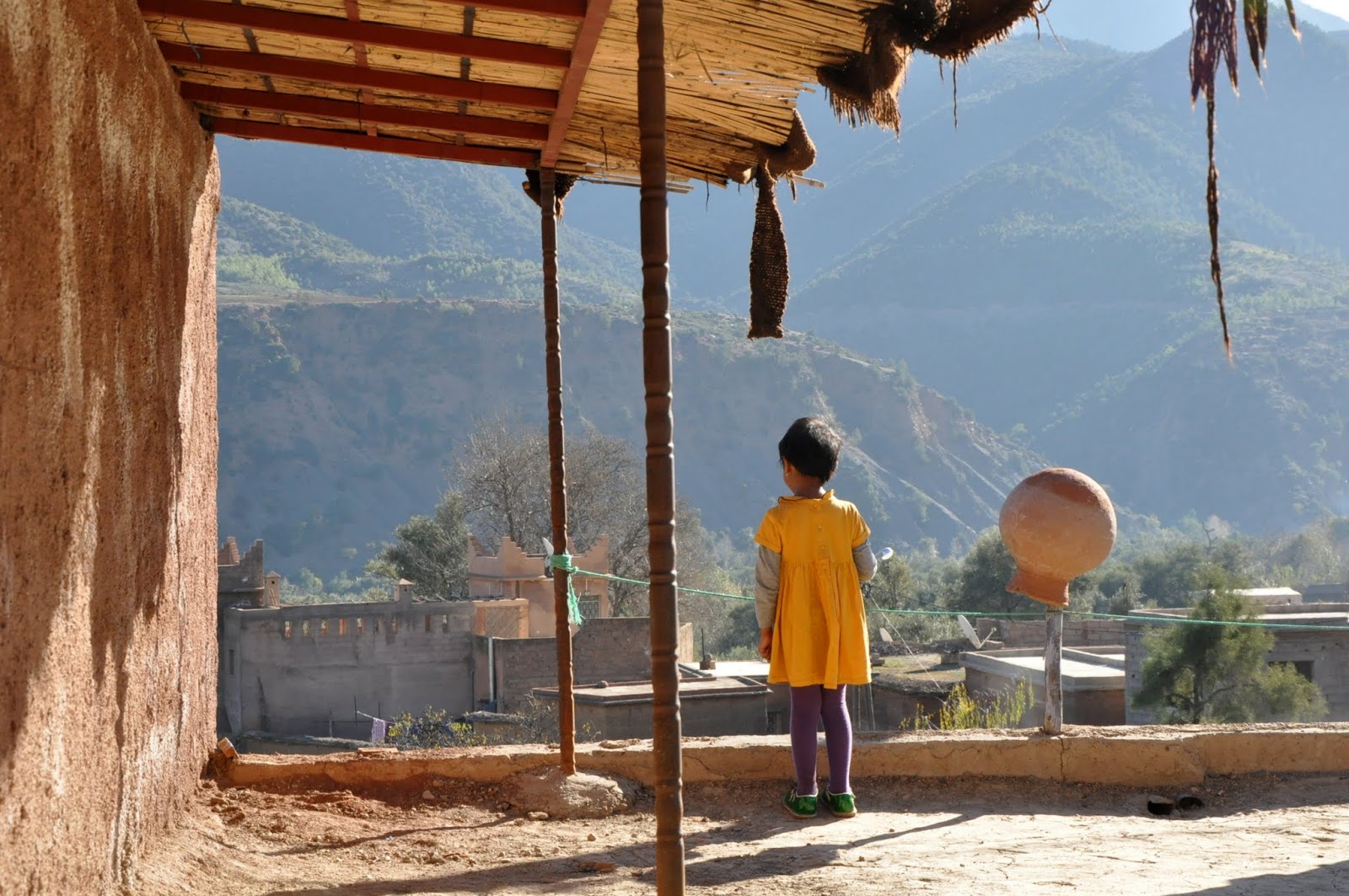 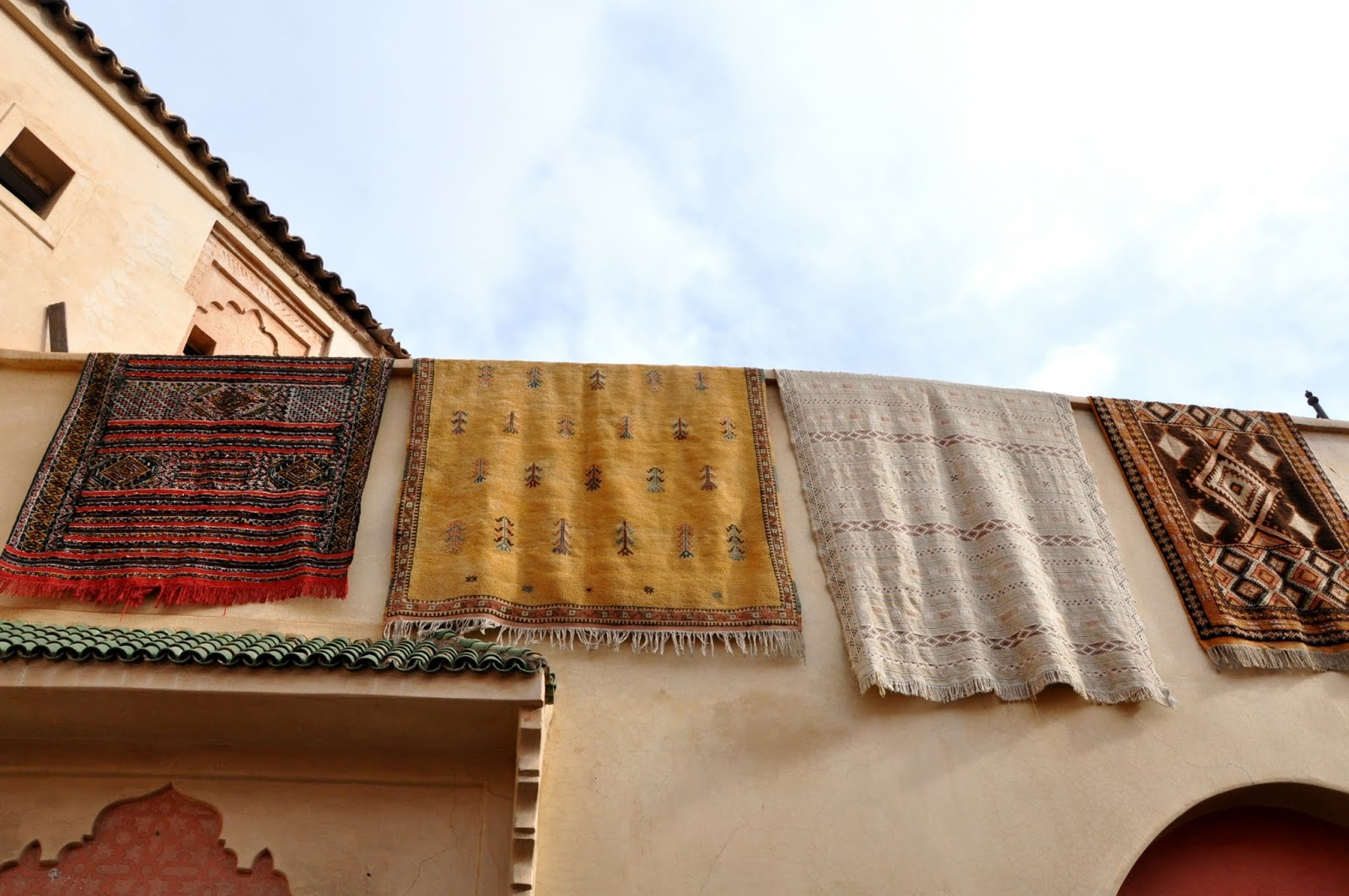 For anyone from India, Morocco, especially it's cities, would feel instantly familiar. But look a little closer, and you see the little things that make it its very own person. It's a country where you need to peer past cliches. As a local told us with a sad shake of his head - Marrakech is more famous than Morocco. 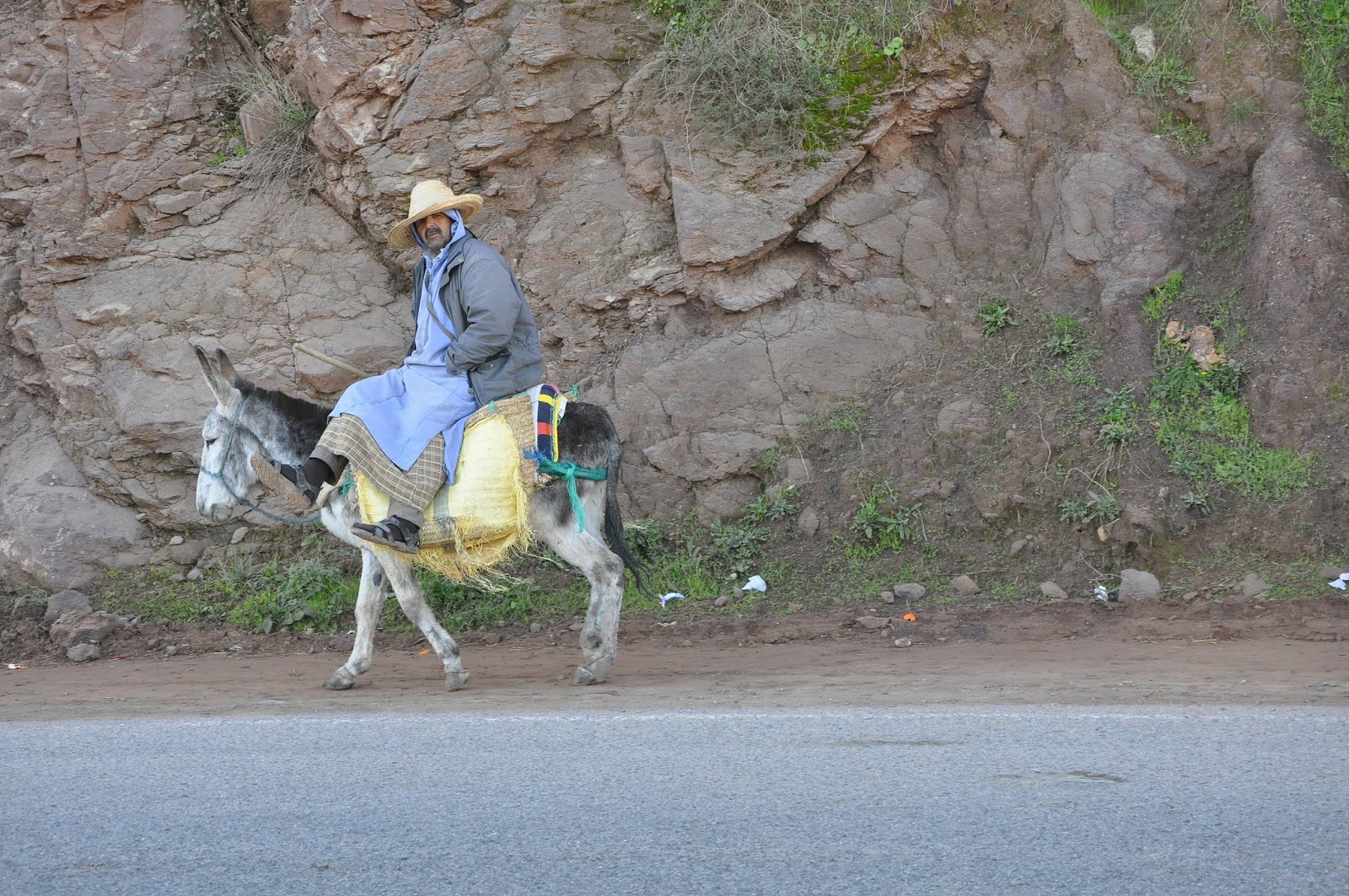 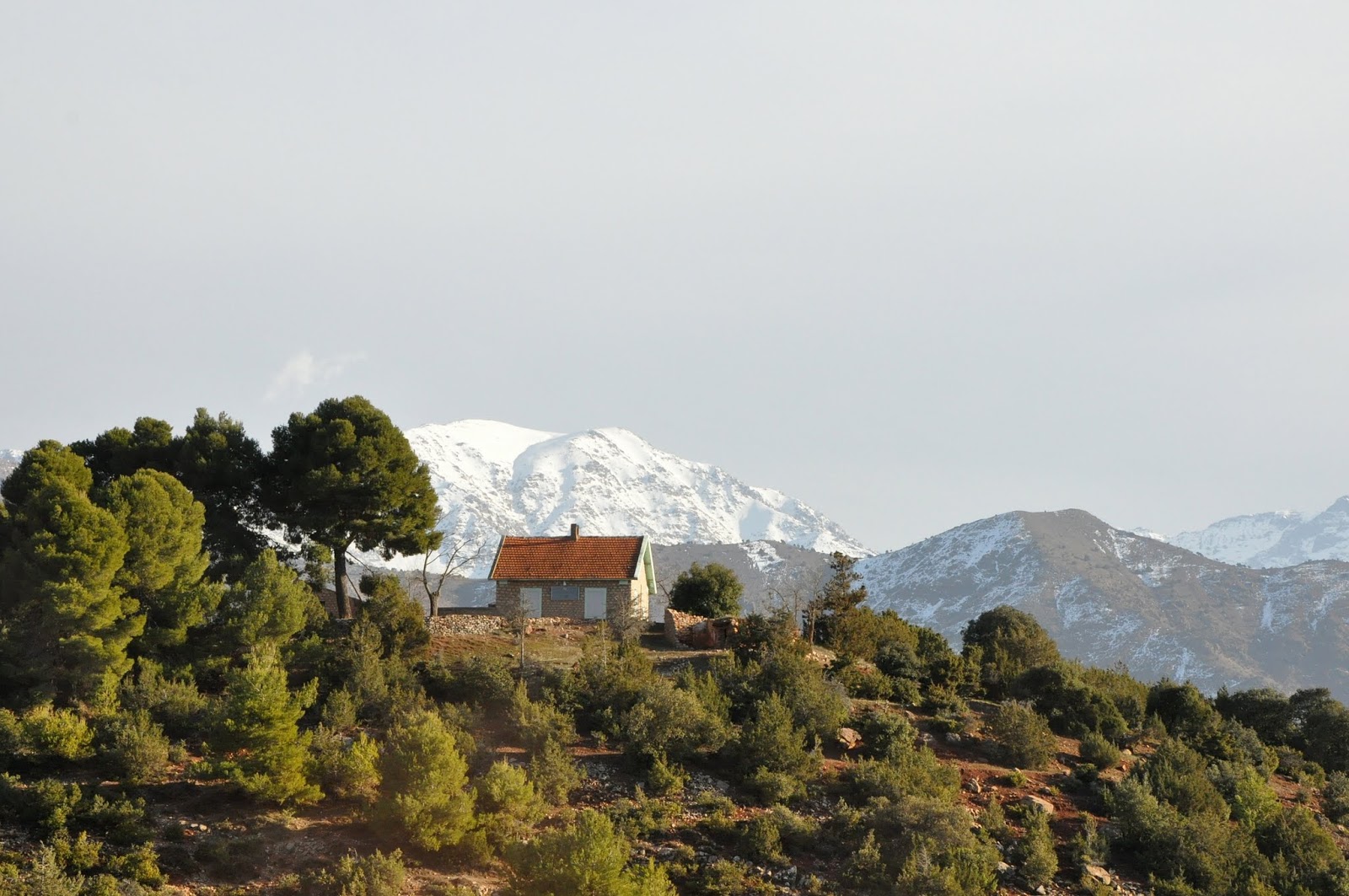 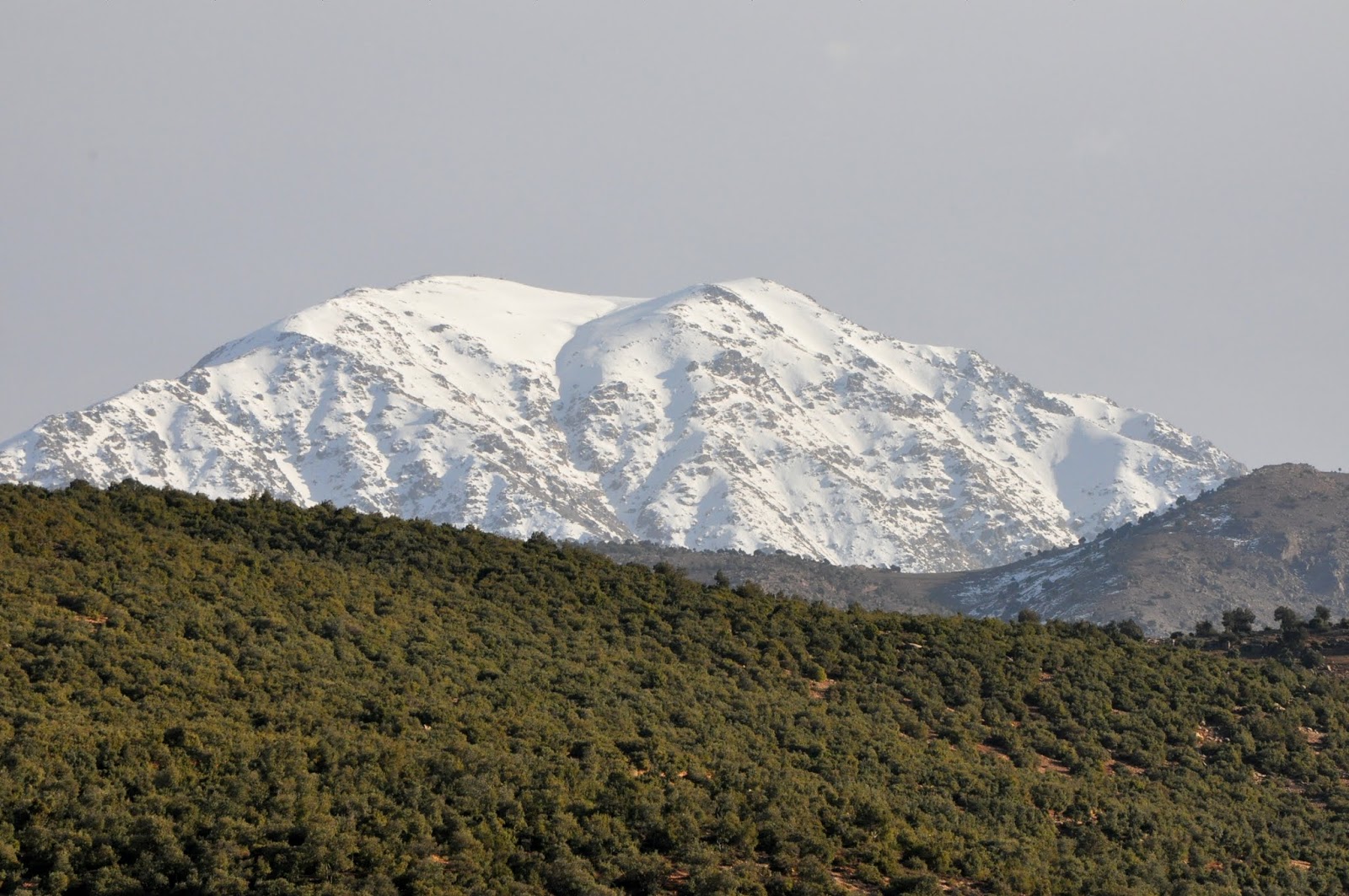 Yes, Morocco could be all about Marrakech's souks and snake charmers, but if you stray away for a while, drive down emptier roads, the rewards are even richer. Hunker down for a conversation in a little village, talk to local women as they prepare lunch, or turn the other way and walk around the modern, residential areas of its cities where urban life unfolds in wide, leafy avenues.

The country then begins to piece together into a more complex, layered whole. Where the old and new change lanes seamlessly, crisscrossing each other without a crash. Much like the traffic on its street. Much like the way in which the locals shift smoothly from Arabic to French to English, switching tongue without thought. 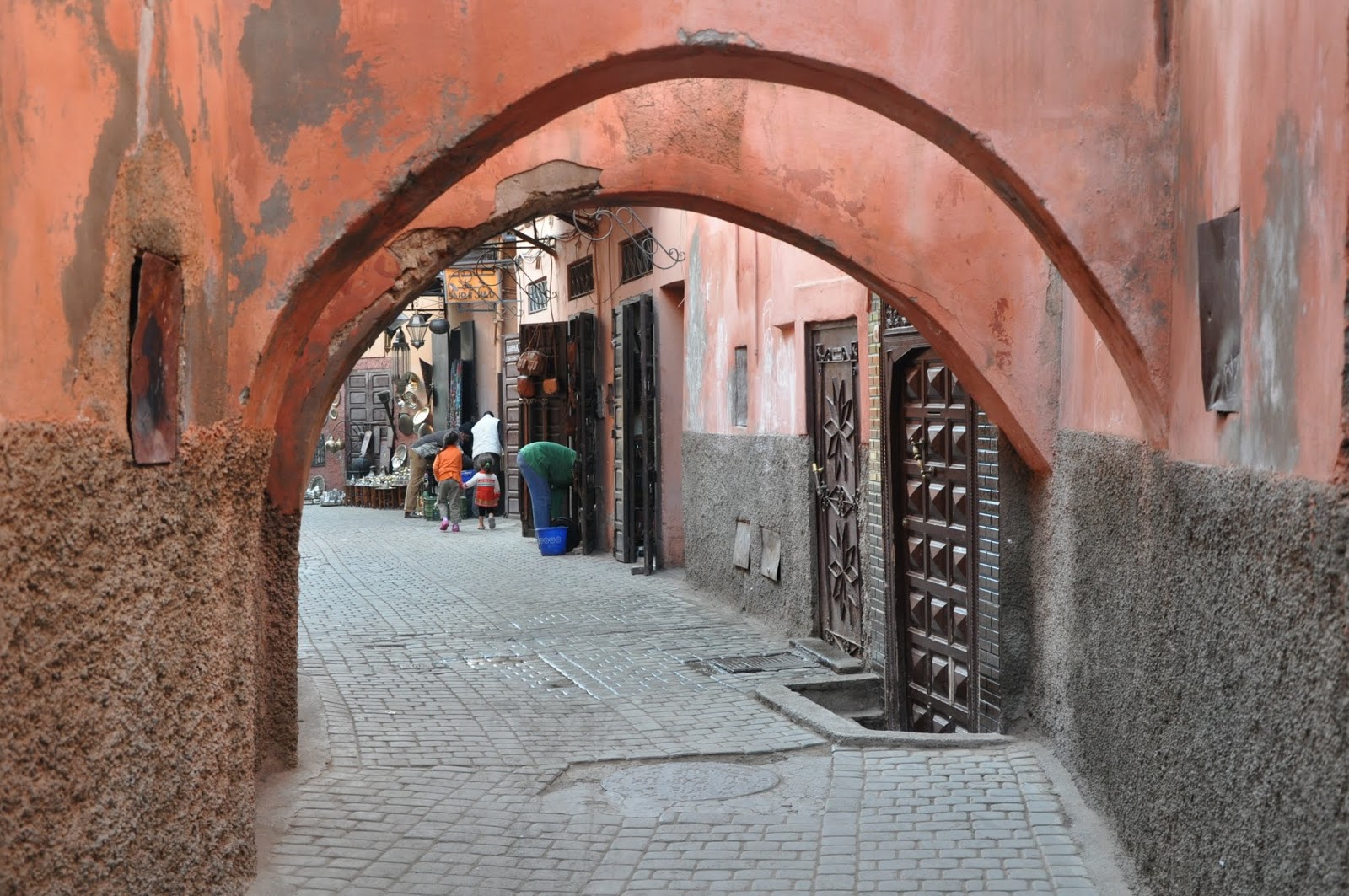 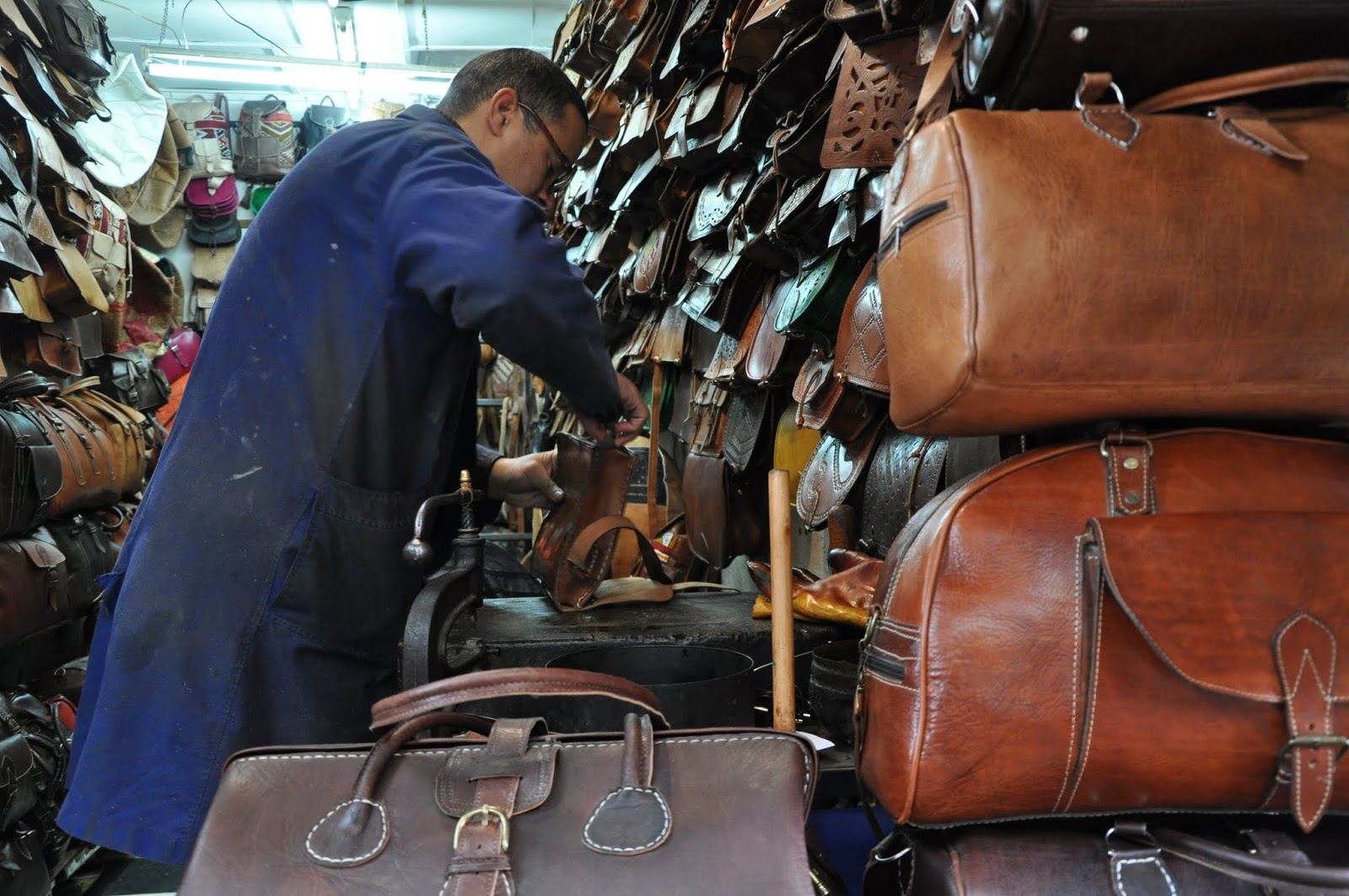 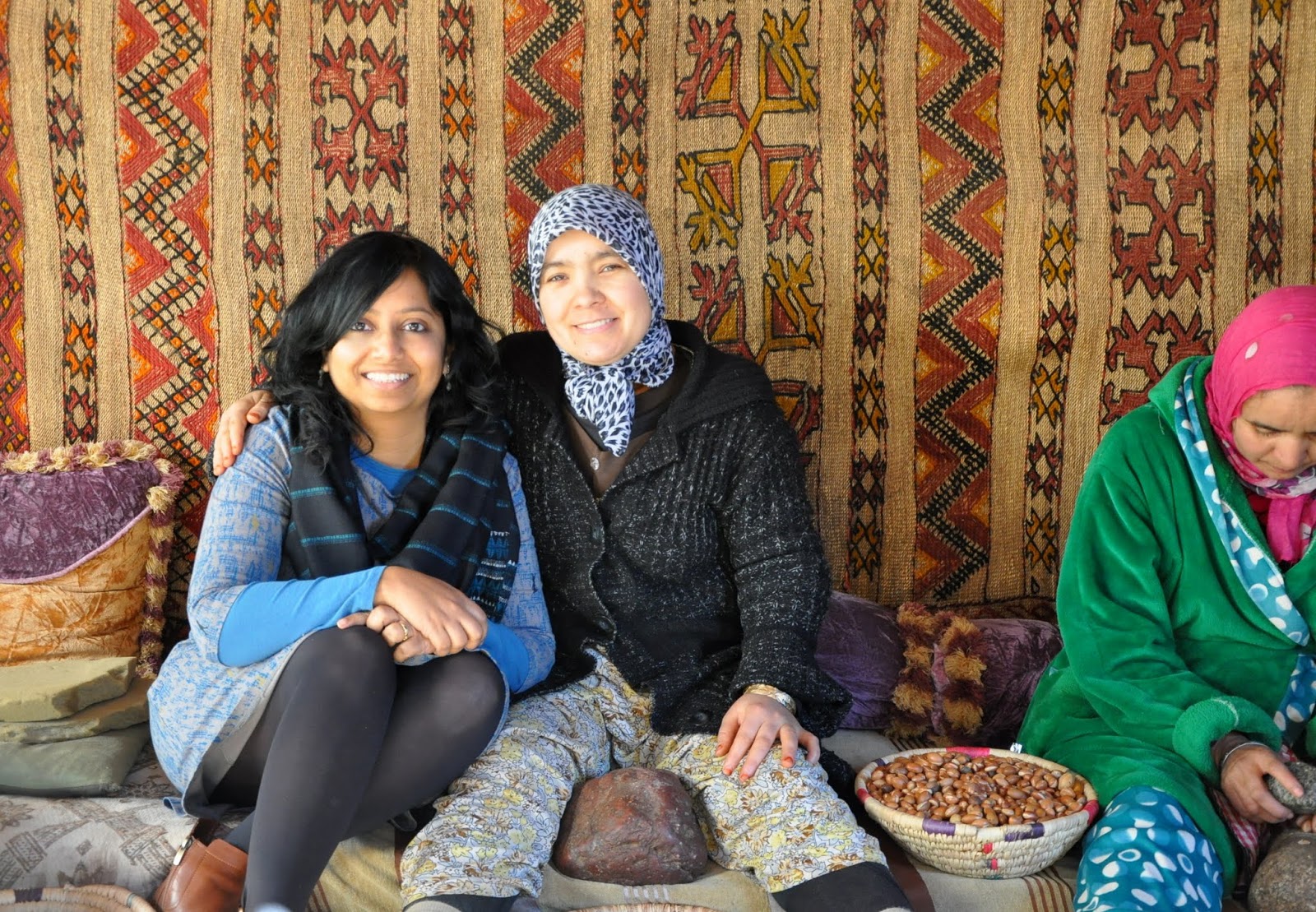 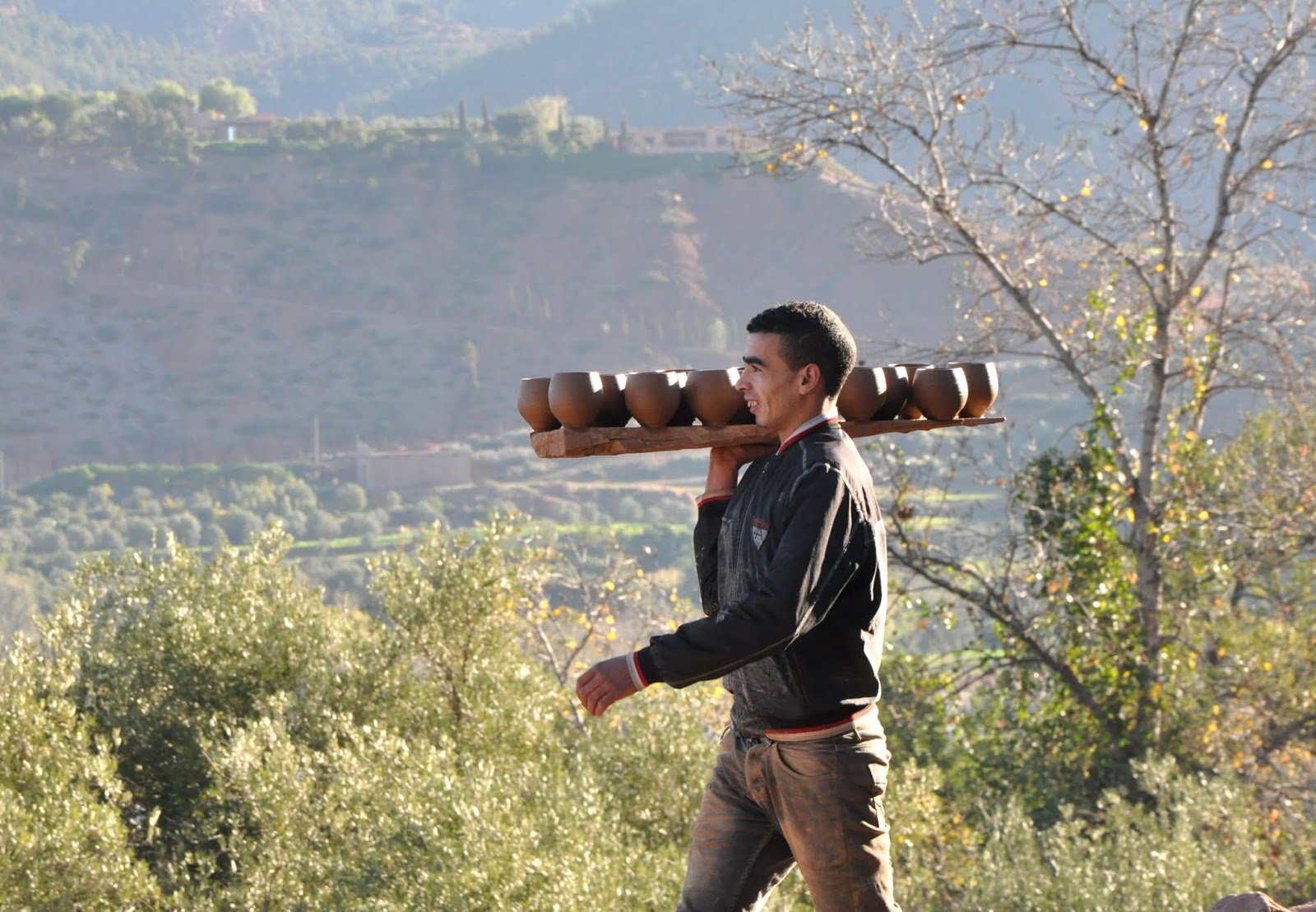 We travelled from Marrakech to the valleys beyond. To villages that had been at the mercy of a ten-year drought, useless bridges arching over rivers that had dried into roads. When the rains finally fell, it grew from a trickle to a gush so great that the dry riverbeds filled up and bulged out, crashing through houses on its way, breaking walls, homes. On these roads, steep and sharp, rising through Berber villages and into the Atlas, life is hard. Physical and spartan, amidst the beauty of its red earth. But this is also where you find the resilience, and rosy-cheeked children, and an optimism that can curve mouths into wide smiles. 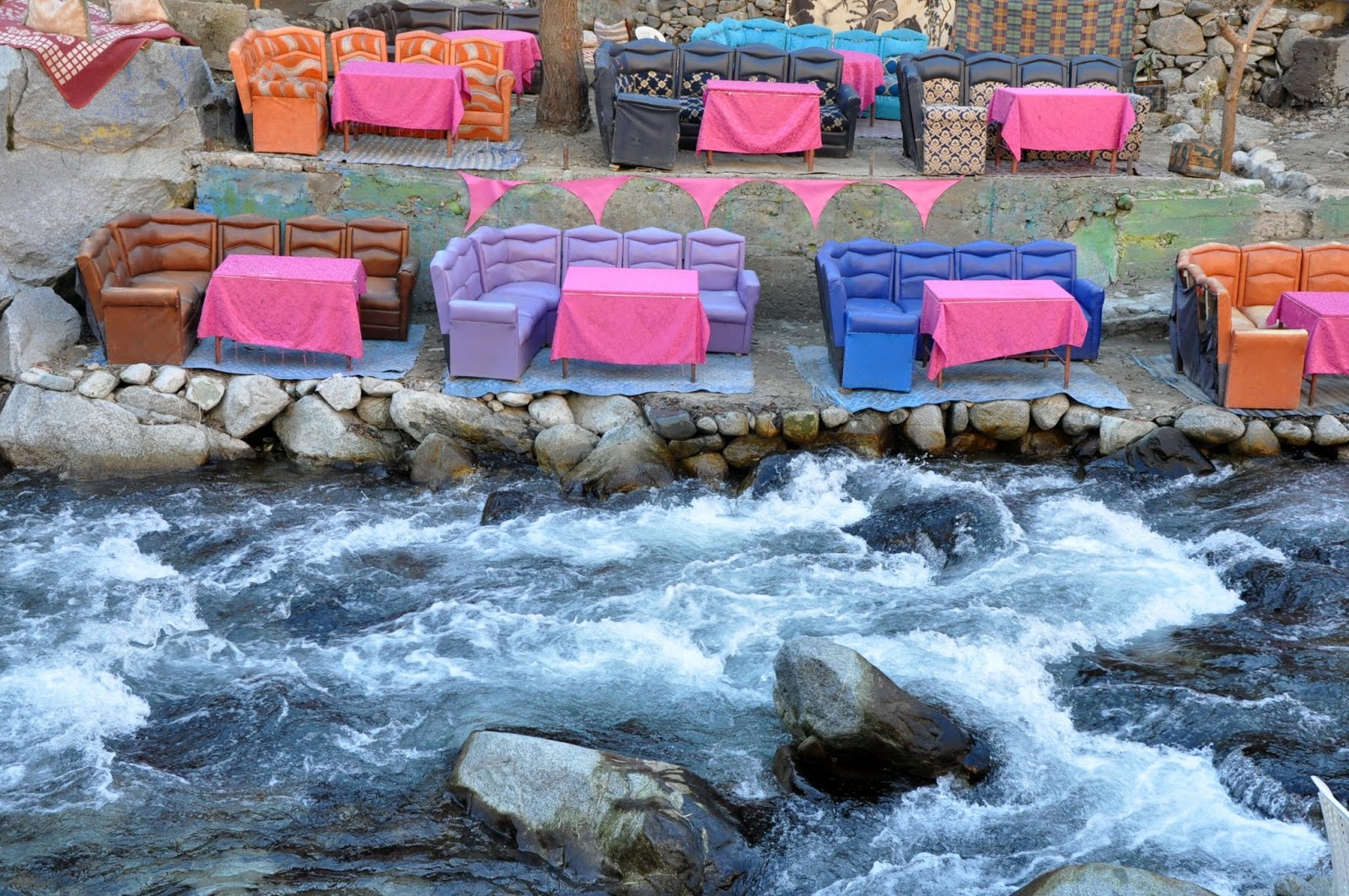 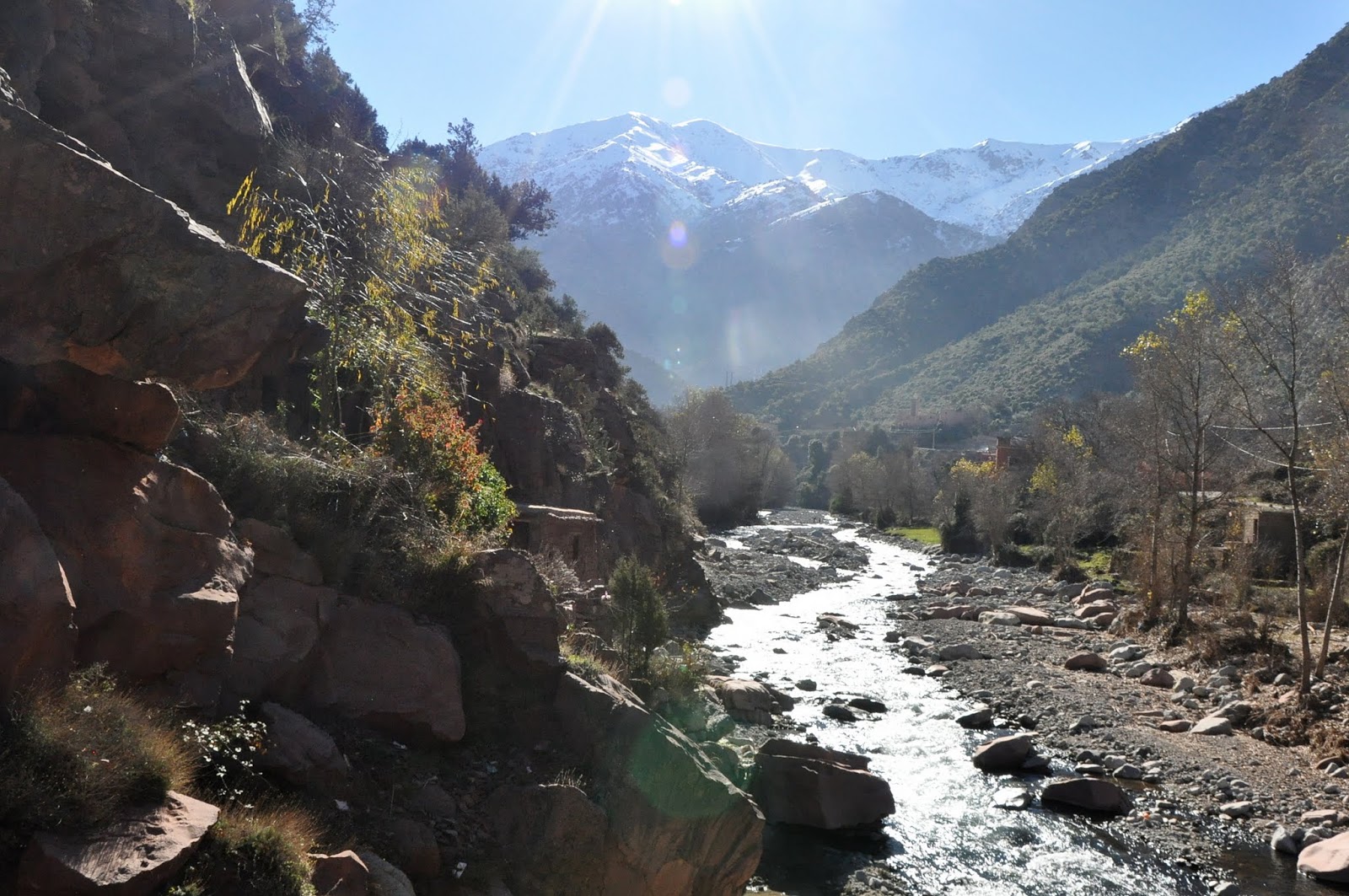 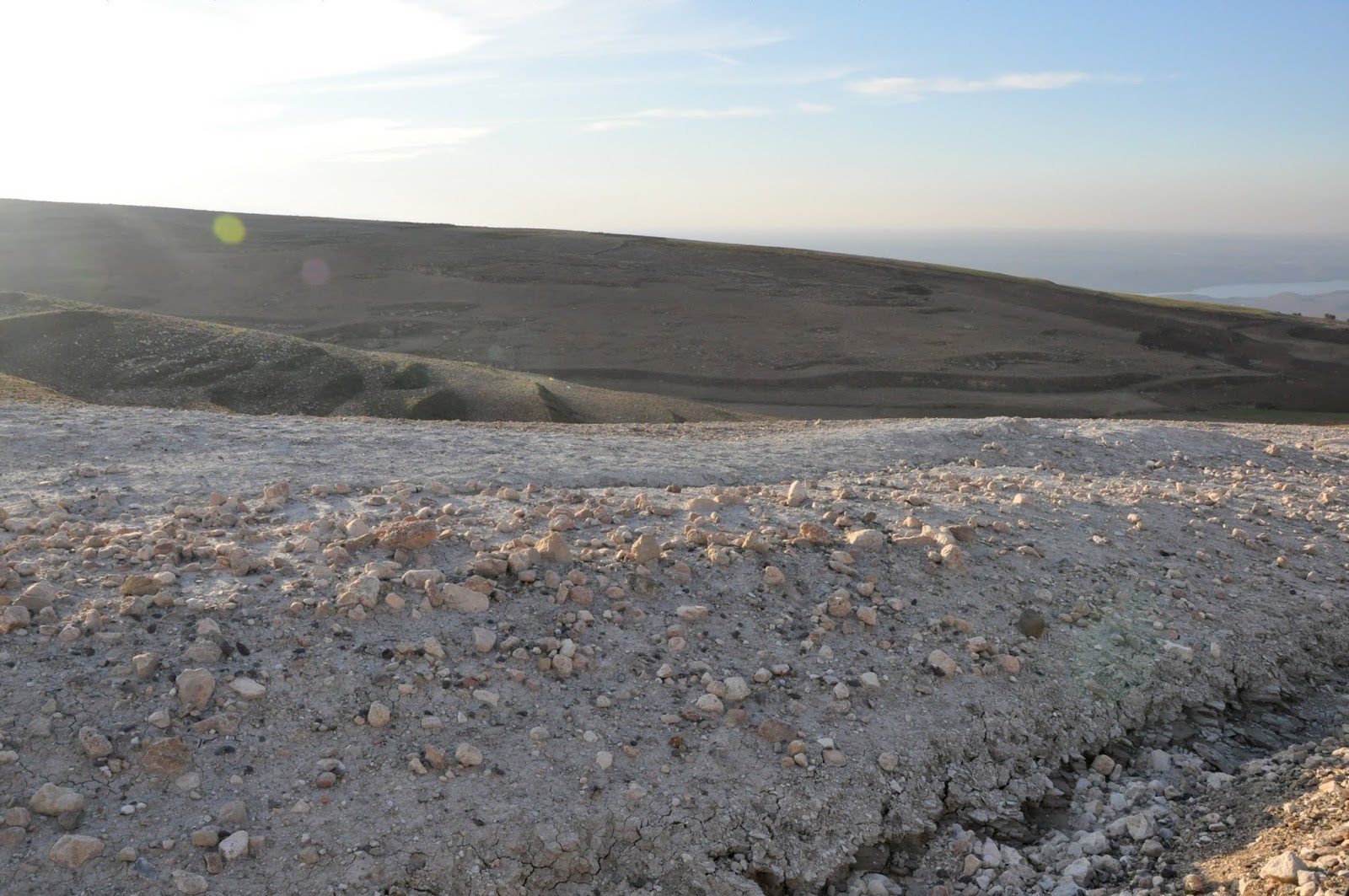 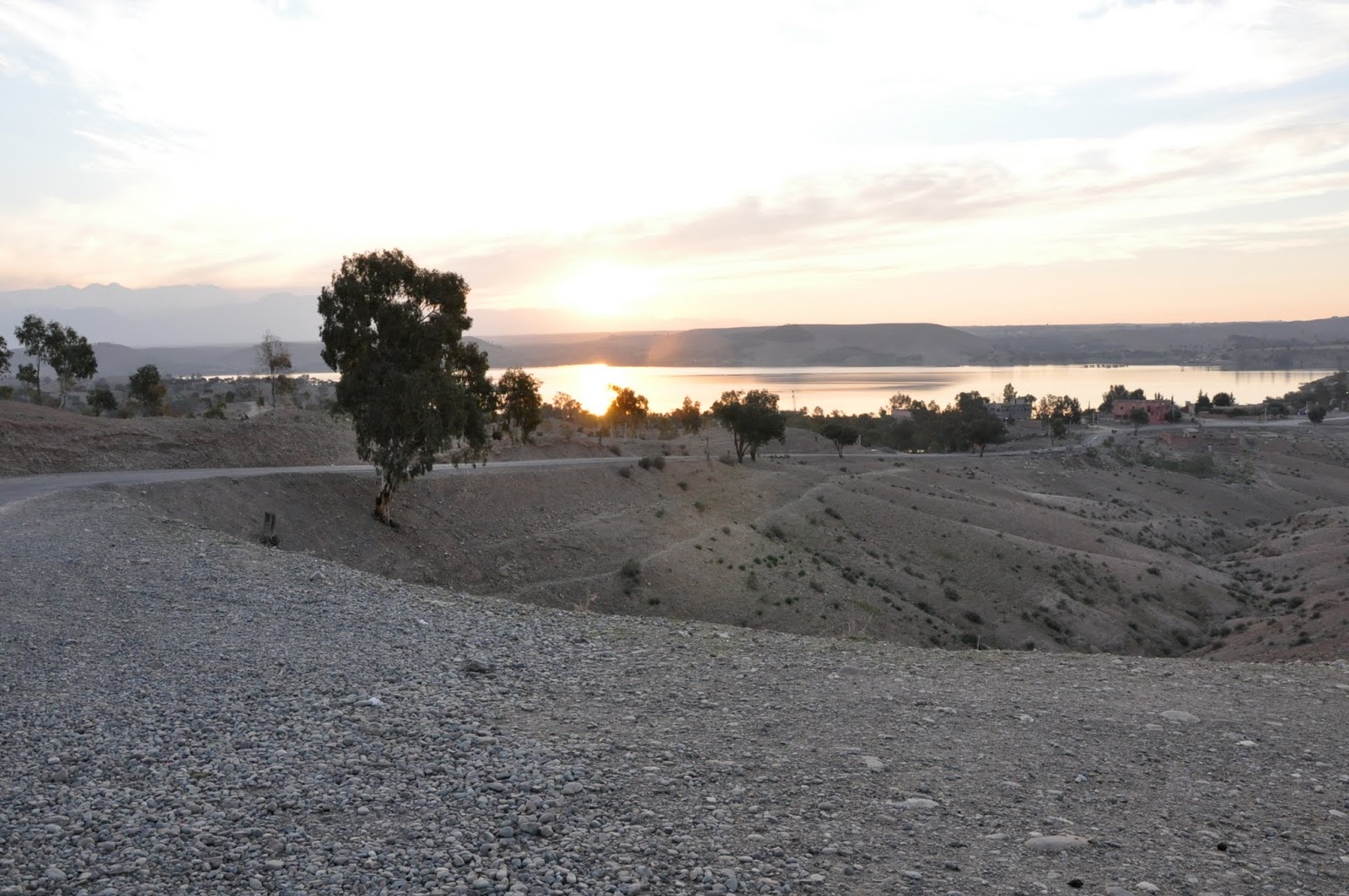 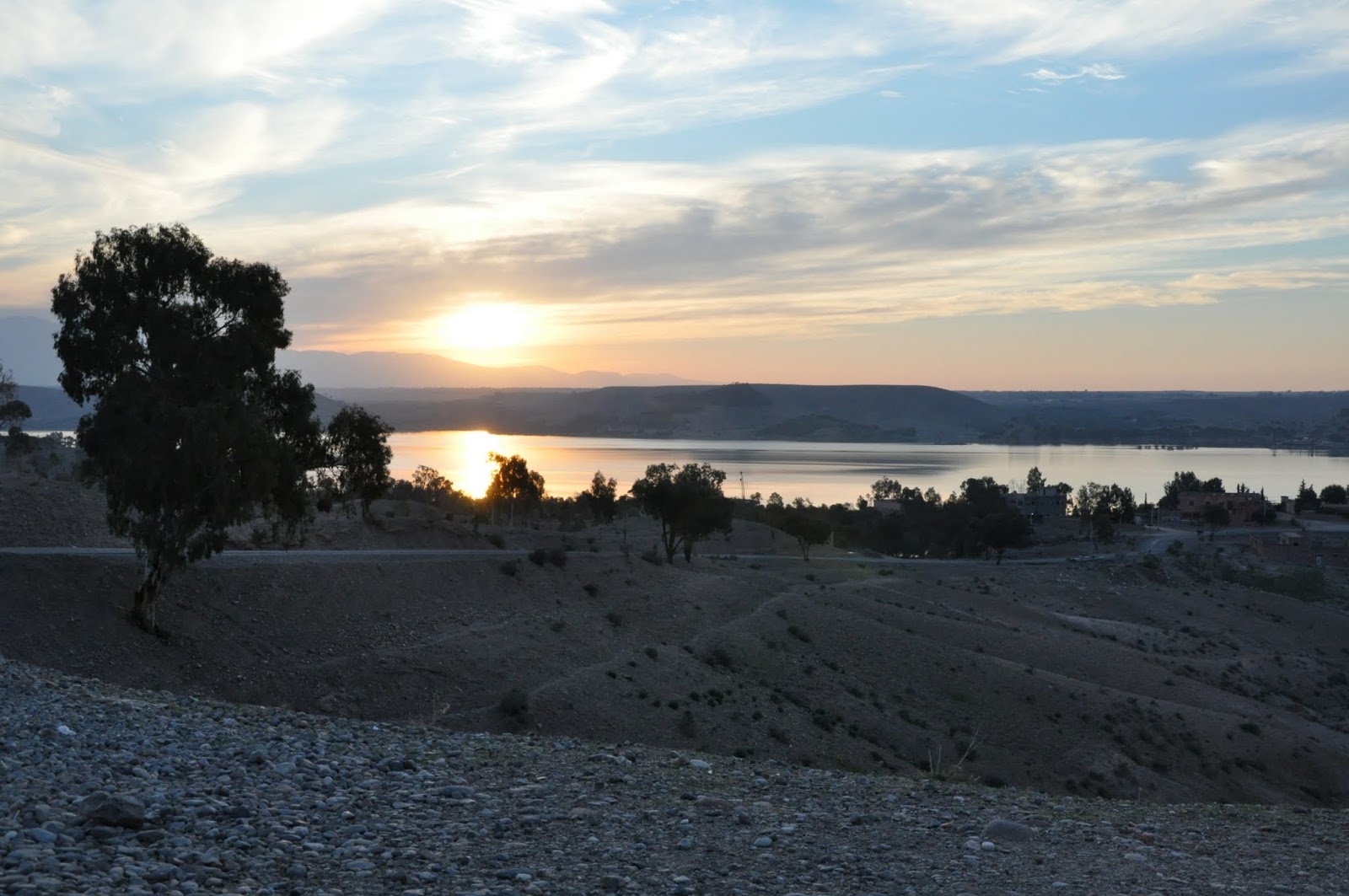 And as one day ended and another began, and we went from losing ourselves in the apricot-coloured alleyways of Marrakech, to wounding our way around mountains, to walking through miles of beautiful moonscaped valleys, we found something that made this journey stretch and linger: good people. They were everywhere we went - on empty red roads, little villages, and in the crazy circus of Marrakech's Jemaa-el-Fna. They were there with kind smiles, big hugs and many kisses for Chotto-ma's forehead. We've brought those back with us, along with bowls and tagines and bags of spices. 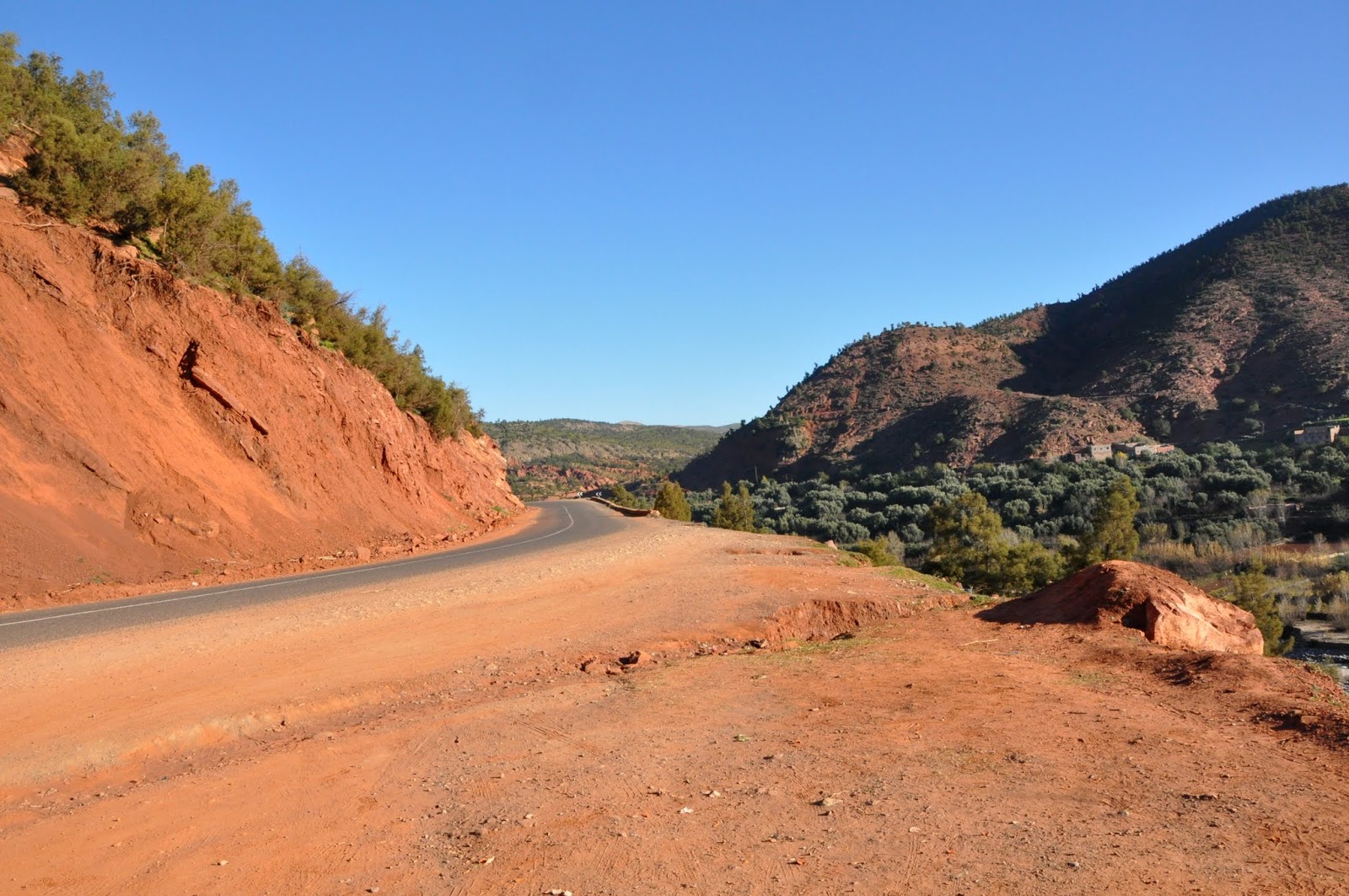 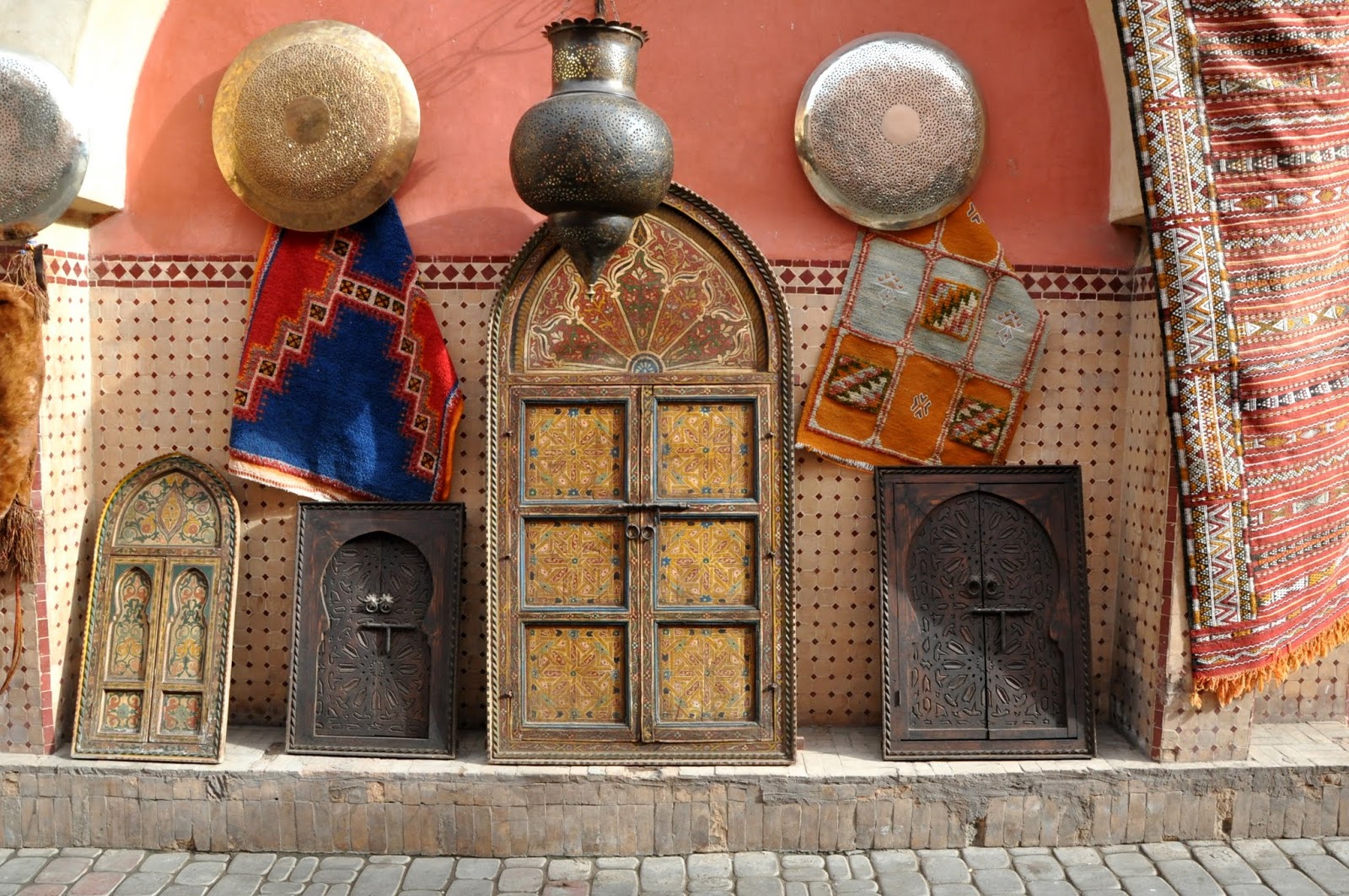 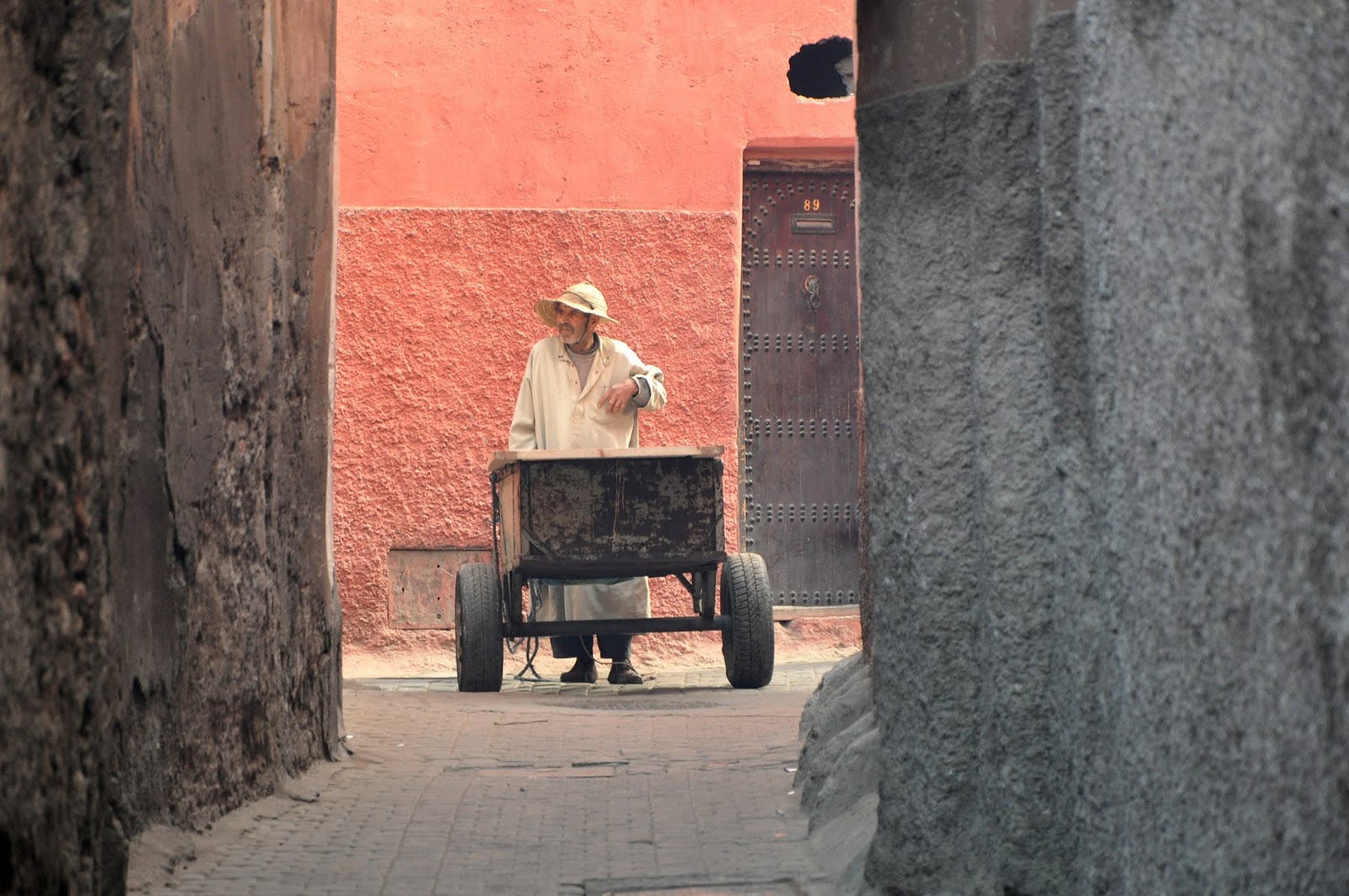 Apart from the people, there were some things that stood out, things that made our time in Morocco soar above every expectation we had had of it. Amongst them: The riad where we stayed; a home of such beauty it made us stand still. A hike that had me sore in places I didn't know I had. And a few meals that I will never forget. I'll leave those for my next post. Do come back.