One Sunday past, when the outside was still orange with autumn and not as naked as it is today, a little promise was kept. Remember that promise of music? The one I could see in the far distance when a piano edged in through our doorway, and Chotto-ma had her first music lesson?

Well, on Sunday I was stretched out on the sofa between a doze and a dream, and D was sitting on the armchair with his feet on the coffee table, when Chotto-ma brought him his guitar. She wanted him to play it while she played the piano. Then she sat down on the black stool as she does, feet dangling, back straight, fingers curved on keys. And she played. D followed her lead, and she took him into the tune she'd been hearing in her head. 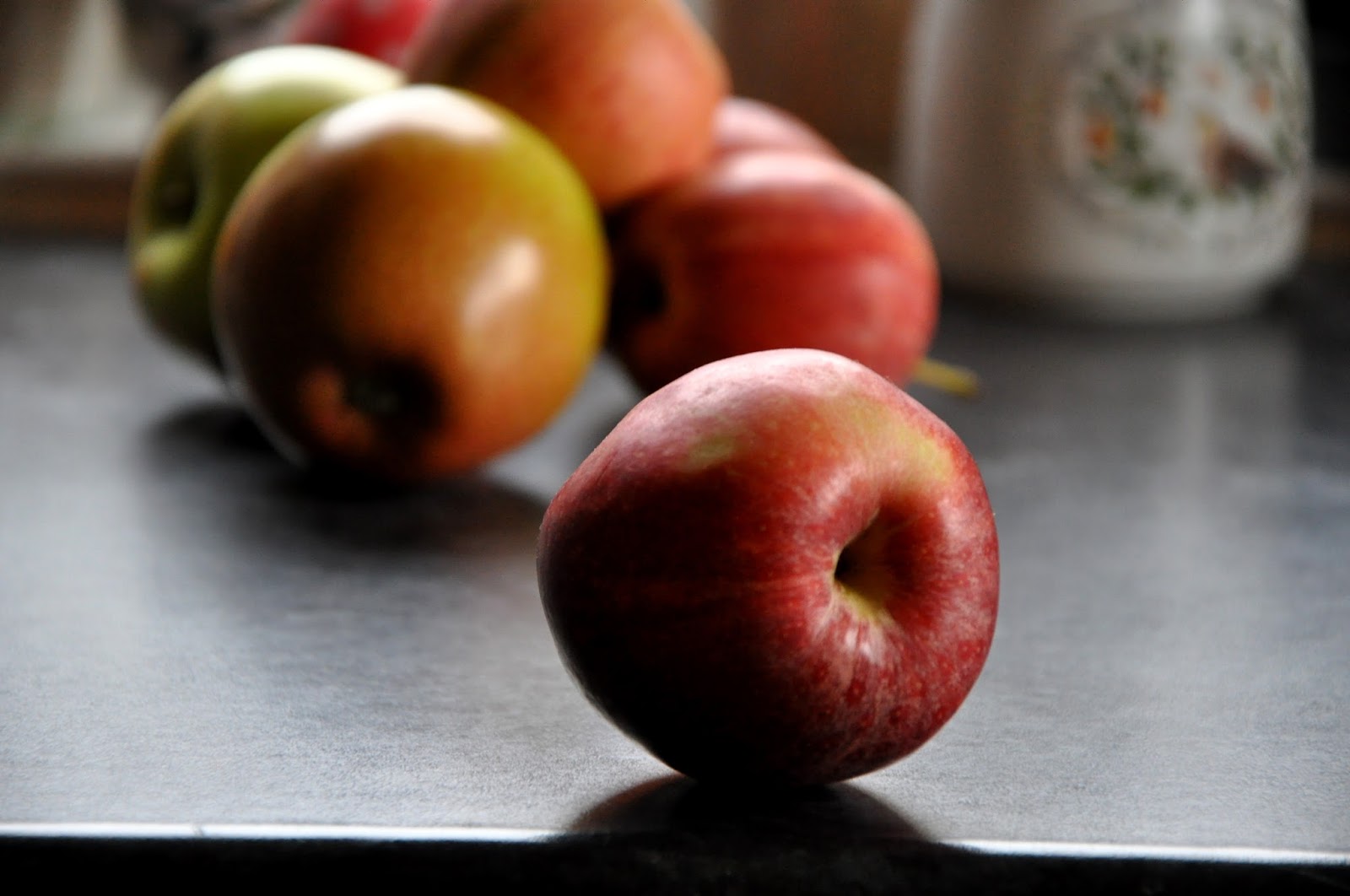 It took me a while to realise something special was happening. My ears had been expecting a playful plonking of one of her lessons, but her book of notes was closed, and what I was hearing was her first little composition, her own tune. As one note followed another, I sat up. D looked at me, grinning, still guitaring along. Midway through their session, I remembered to record. 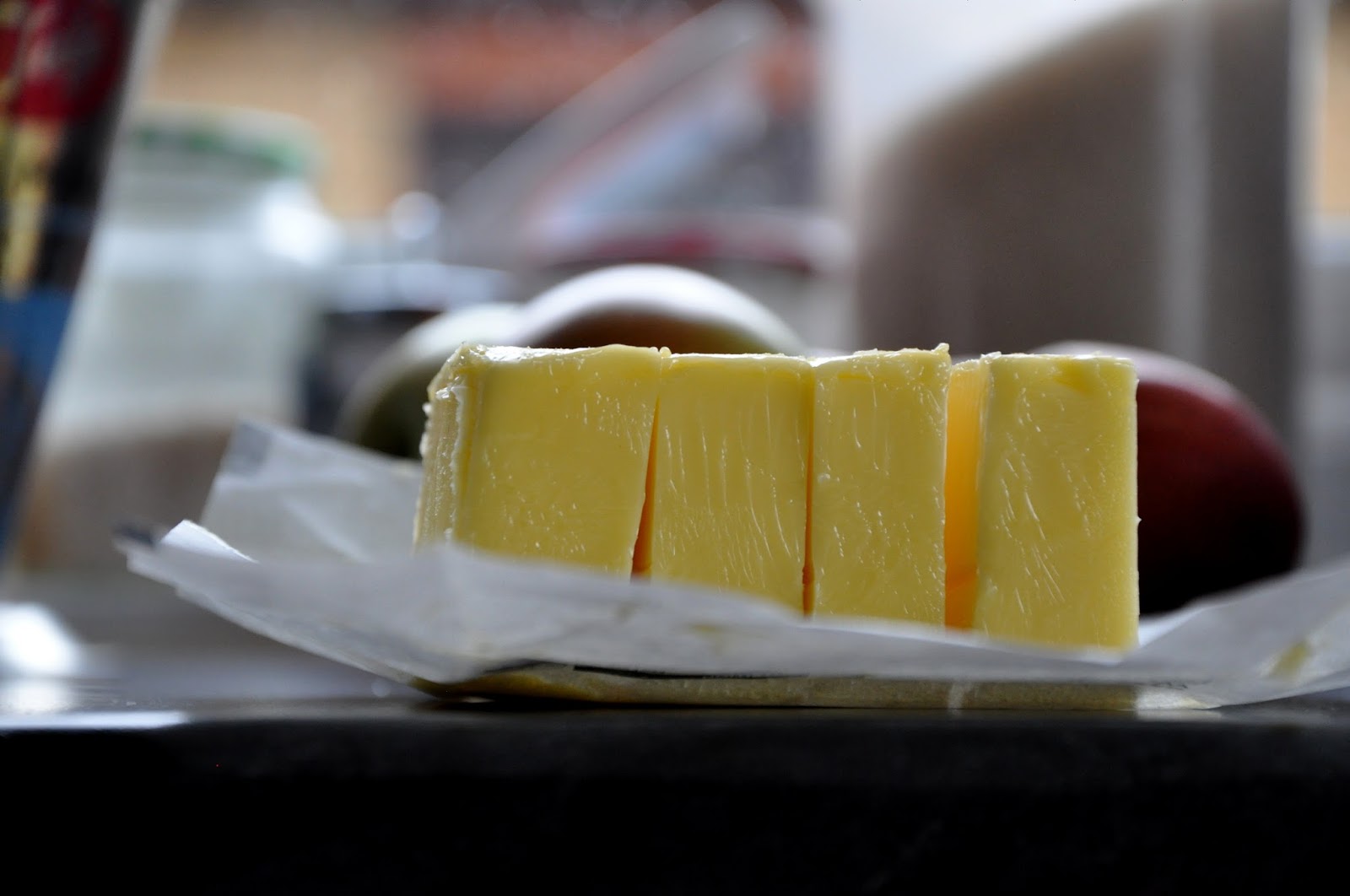 It's quite something to hear your child make their first music. Somewhere between magic and a punch in the plexus. Who knew? OK, OK, you even cry a little. And then you try to play cool. You also kiss her and eat her up; for which you never need much reason anyway.

And then, with her little tune playing in your head, you go into the kitchen, to bake something you've haven't baked before. But you figure, her first tune deserves your first apple crumble. So the three of you chop up some apples, tickle some flour, find the cinnamon, sprinkle the sugar and have the house smelling like November. 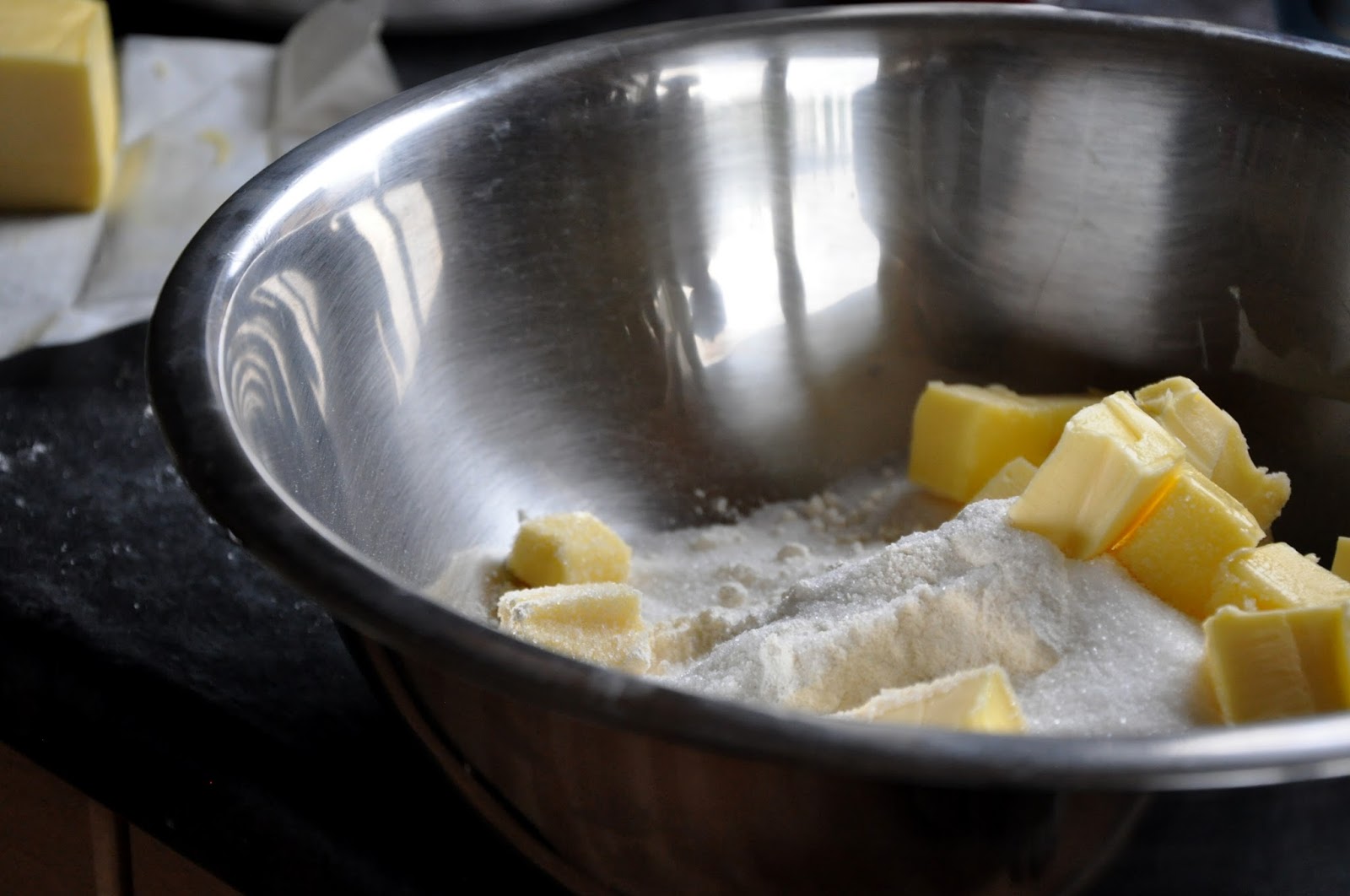 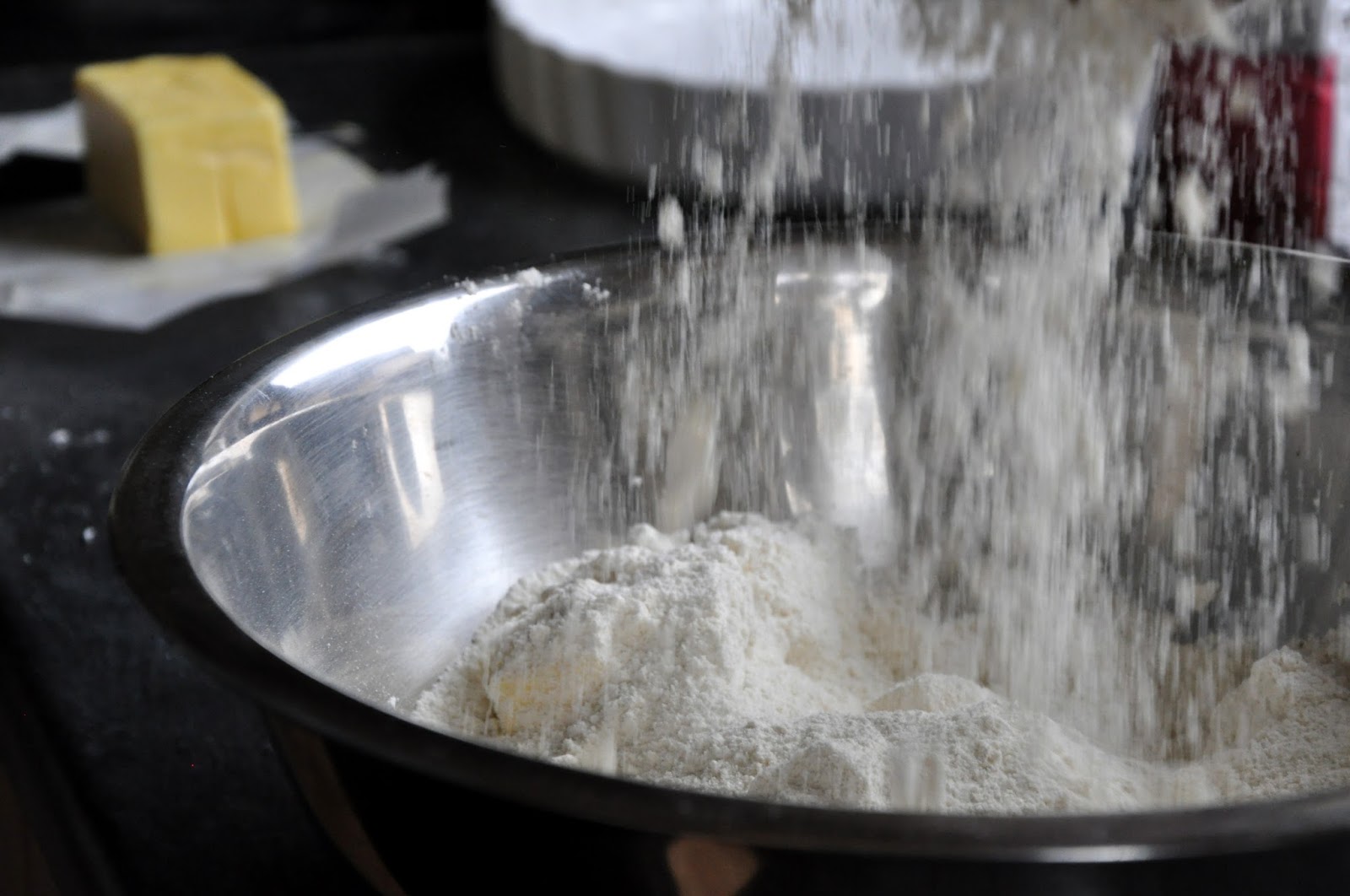 So here it is: Chotto-ma's first composition for you to listen to, and an apple crumble for after. The composition's called 'Sunday morning' because it's what our Sunday morning sounds like. 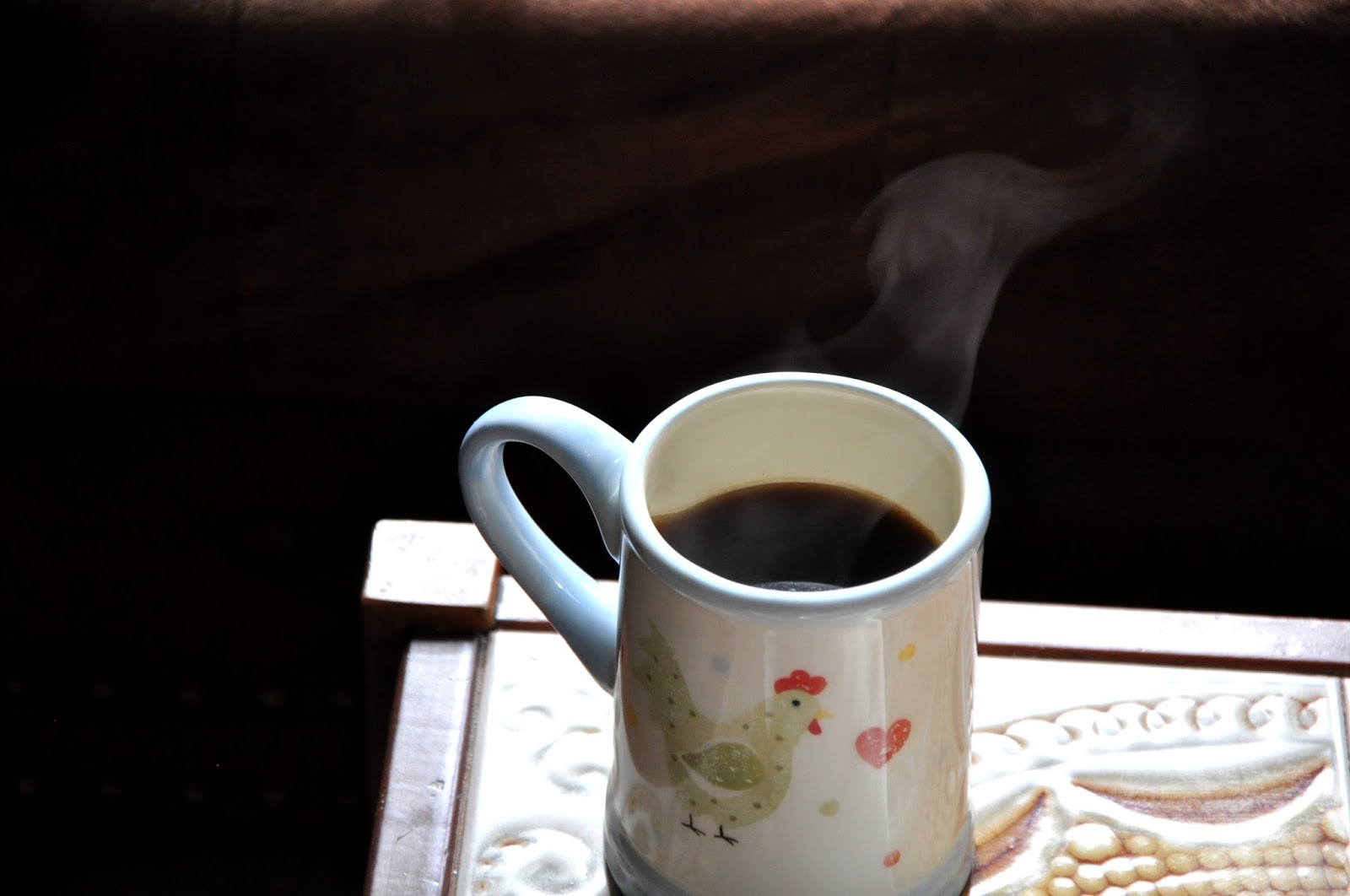 This is the simplest, quickest crumble there is; and adapted to our taste, as everything is. It's lower in butter and sugar than most crumbles, but it's also less tart, so the sweetness finds its balance. It's good.

450gms apple, peeled and cubed (Gala or Braeburn works well if, like me, you don't like your crumble tart)
A pinch of cinnamon

300 gms plain flour, sieved with a pinch of salt
160 gms of coarse brown sugar
150 gms of butter cubed at room temperature
A knob of butter to grease dish 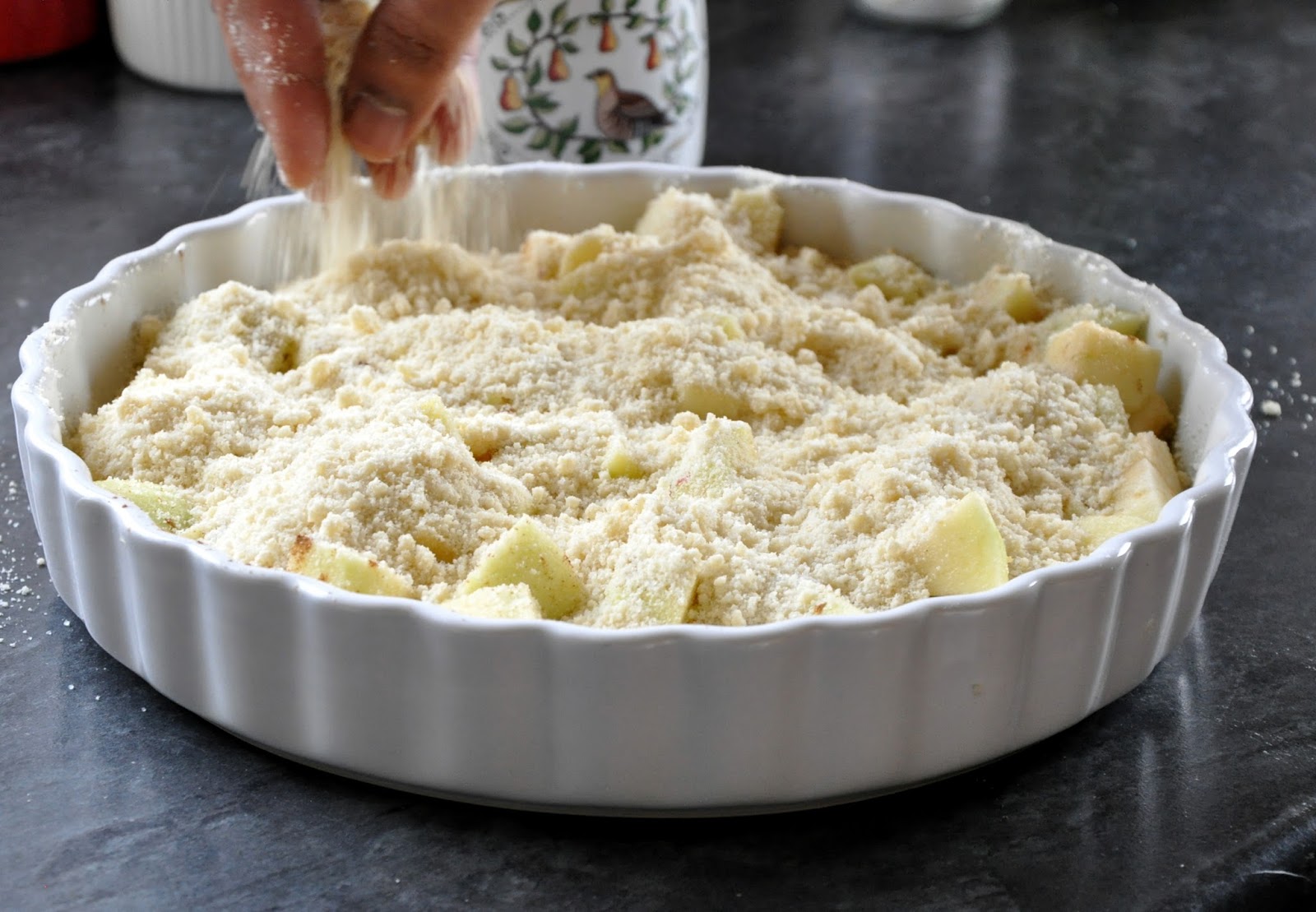 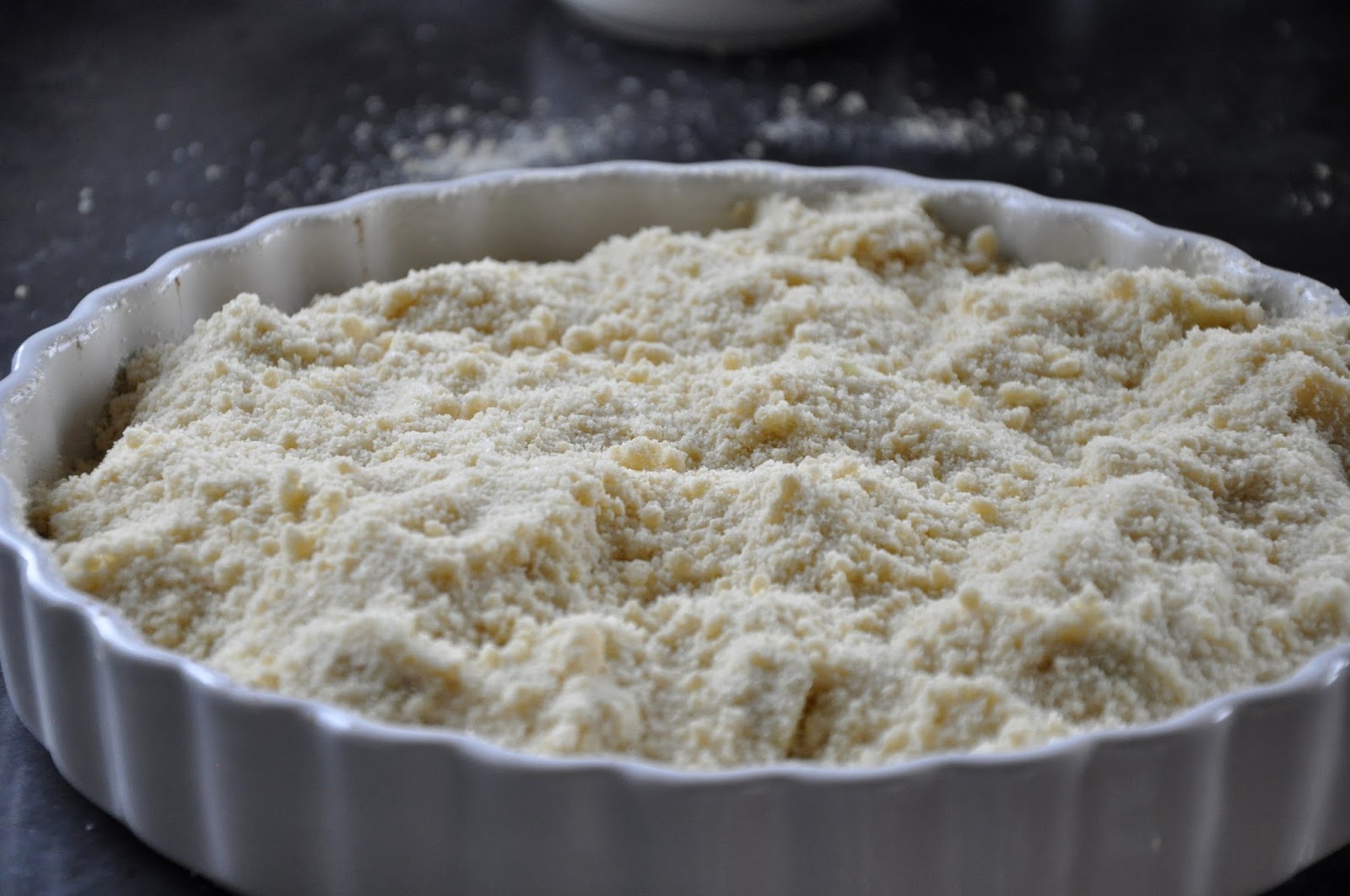 Preheat oven to 180 degree C (350F/Gas mark 4)
Put the flour, sugar and butter in a large bowl, and rub it all together using both hands till it forms  a mix that looks like breadcrumbs.
Grease baking dish with butter.
Mix apples with cinnamon, and place in baking dish.
Sprinkle the crumble mixture on top. Bake in the oven for 40-45 minutes until crumble is browned and apples are bubbling.
Serve with custard or cream. 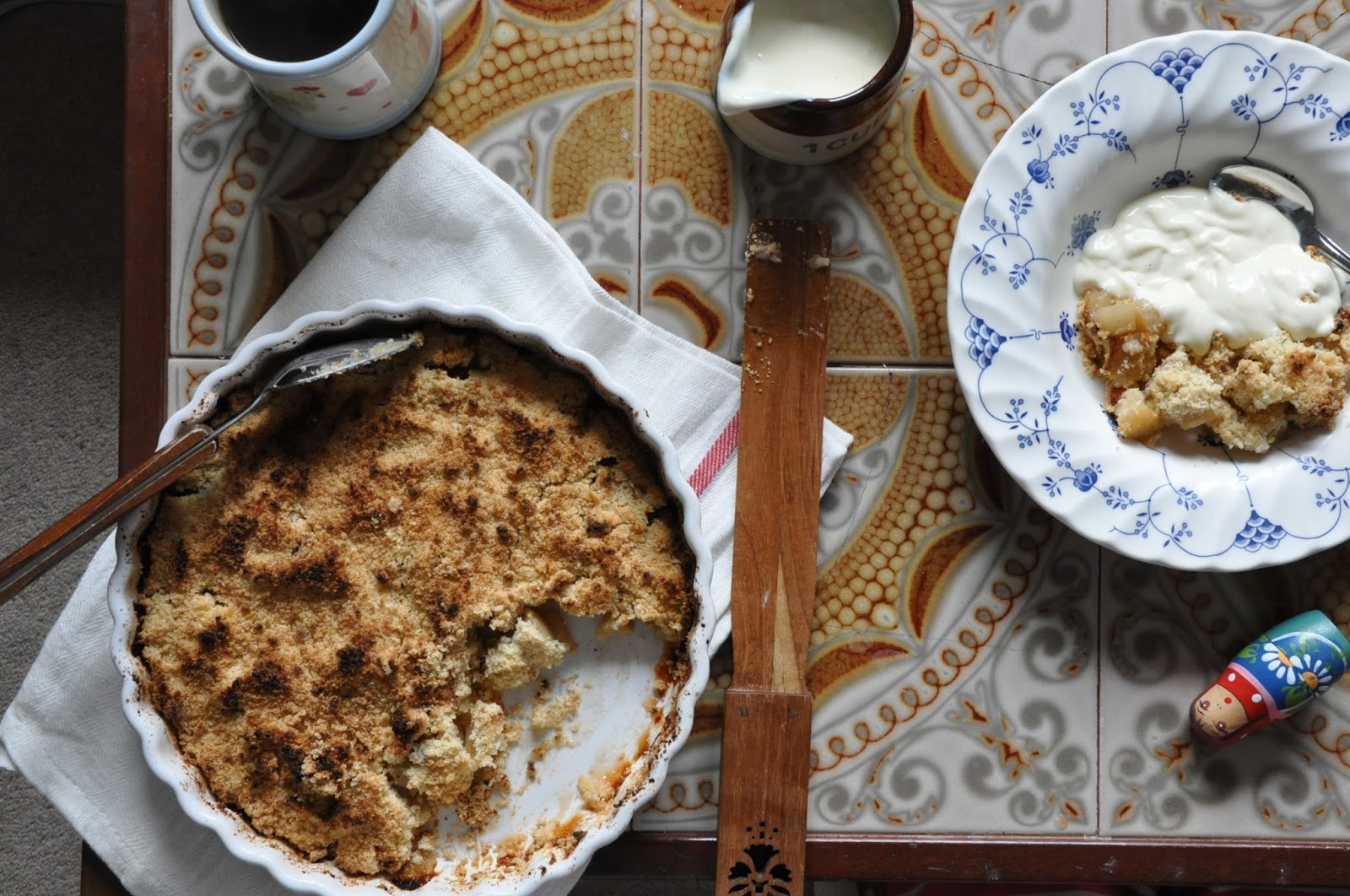 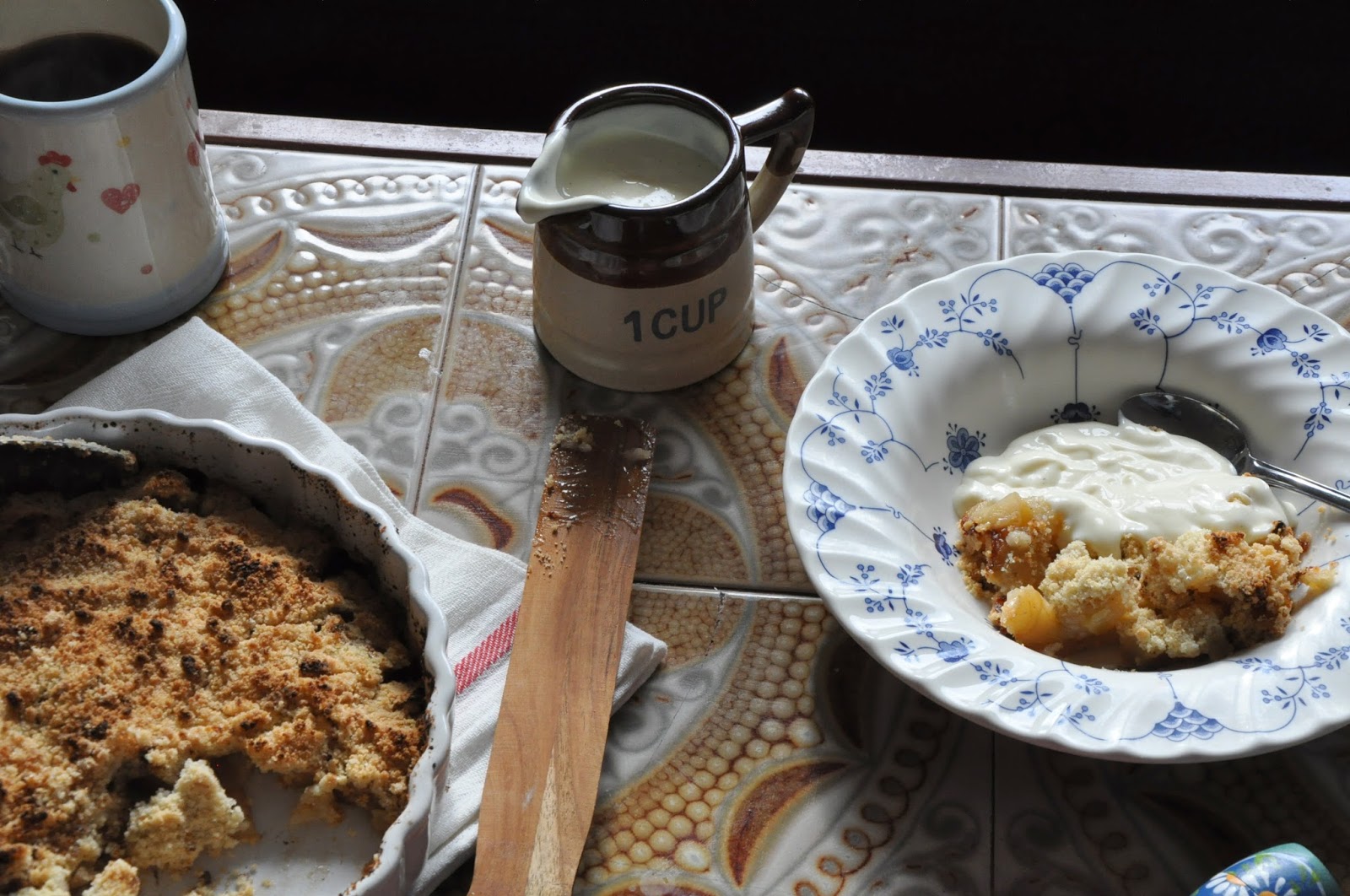